Artificial intelligence has become the largest category of these tools. Algorithms once reserved for deep-learning experts are now available to anyone with an internet connection and a credit card. Jerry Chen, a Greylock partner, called AI services the “whales of the cloud” in a report on the sector’s landscape, since the billions invested by tech companies and venture capitalists far outpaces other cloud-computing categories.

Chen’s report, titled “Castles in the Cloud,” shows just how much these cloud giants have invested in the space. Amazon Web Services offers 26 AI services, Microsoft Azure offers 37, and Google Cloud Platform offers 11. As companies add AI to their products to grab a piece of the trillions of dollars in revenue that experts like PwC expect AI-enabled tools to generate, these services allow developers to more easily adapt a tech giant’s AI for their own needs.

Selling AI tools fits well with the business model of cloud computing, where pricing is based on the consumption of computing resources. Artificial-intelligence algorithms notoriously demand a lot of computing power to create, if the developer isn’t using a premade solution. And then, regardless of whether the algorithm is custom or premade, each time the AI makes a decision, it uses a bit of computing power. Every AI decision can be thought of as another penny in the pocket of a cloud giant like Amazon Web Services (AWS), Microsoft Azure, or Google Cloud Platform (GCP).

That dependable, long-term revenue is what makes AI services such a hot battleground for these cloud giants. And each has found a way to specialize based on their respective strengths, whether that be Amazon’s sheer size and e-commerce data, Microsoft’s extensive partner network, or Google’s search data and cutting-edge AI research labs.

The old saying in enterprise computing is, “Nobody ever got fired for buying IBM,” given the former tech giant’s reputation for being the reliable, tried-and-true mainframe vendor.”

When asked by Insider whether there was an IBM of cloud computing AI yet, Greylock’s Chen laughed and said “not yet.”

He added: “Amazon is clearly the market leader. I don’t know if they’re a safer bet over the other two, but Azure and Google are coming up in the enterprise for sure.”

Amazon maintains its lead as the largest cloud provider, and its size has propelled its AI platform, called SageMaker, into instant prominence. SageMaker has tens of thousands of customers, according to Amazon CEO Andy Jassy, who gave that statistic in a December interview before he assumed the chief-executive role and still primarily ran AWS. This includes huge reference customers like Intuit, GE Healthcare, and Tinder, which have built their signature algorithms on the platform.

One of SageMaker’s strengths is its integration into the rest of Amazon’s cloud stack, Chen said. Developers can easily use large amounts of data already stored in an Elastic Compute Cloud instance, and then use it to train their algorithm. SageMaker is meant for data scientists, rather than AI researchers or engineers, but another tool called SageMaker Autopilot allows developers to create algorithms using an automated process of training and deploying models.

When it comes to the pre-built AI services that Amazon sells to developers through application programming interfaces, the company says many are based on the same algorithms used to run Amazon.com. Amazon’s personalized-recommendation engine, demand forecasting, and fraud-protection algorithms are all sold leveraging the reputation of Amazon’s e-commerce empire.

And, as to be expected from the company that makes Alexa, Amazon sells the fundamental building blocks of a voice assistant in the form of two services called Lex and Polly. Lex powers chatbots, and Polly is a

text-to-speech
service. AWS is also able to offer its Mechanical Turk service, which pays workers pennies to complete small tasks, like identifying what’s in a photo, as a way to review the output of algorithms as a “human in the loop.”

But Amazon is known for being a cloud vendor, rather than a cloud partner. It sells its customers the tools they need but is known to compete with them, rather than assisting with business development and fostering partnerships. While doing a bit of free business development isn’t something that’s typically expected in the AI space, these partnerships could turn other existing Microsoft customers into new business for the venture using Microsoft’s AI tools.

“I don’t think Amazon has been as successful at building a ‘we will offer up customers for you to partner with’ startup,” Matt McIlwain, a managing director at Madrona Venture Group, said. “I kind of jokingly say, ‘I think Amazon’s got more of a bring-your-own customer model.'”

Microsoft Azure pitches itself as the full-service solution

On the other hand, under CEO Satya Nadella, Microsoft has found success in leveraging its massive network of partners that build on top of Microsoft services. This has been a cornerstone of Nadella’s companywide “partner-first” strategy, where Microsoft offers customers industry connections and access to other partners.

“I think Microsoft is better at, ‘Let’s go pursue a set of customers and use cases together where your capabilities are differentiated from things that we might have here at Azure or Microsoft more generally,'” McIlwain said.

Some Microsoft partners have also found that to be the case. Berg, a Boston biotechnology company, just announced a partnership with Azure to help run its algorithms at medical institutions around the world.

Niven Narain, Berg’s CEO, told Insider that it had been easy to use Azure to repackage and deploy the company’s algorithms in different countries, which ensures they are operating legally under different data laws. But Narain said besides ease-of-use, Microsoft was able to help as a partner, rather than just a provider of data centers.

“Not only did they provide the compute capability in Azure, but they also have pretty strategic relationships small and midsize companies like Berg actually can benefit from,” Narain said. “So there’s also the business-development perspective of it.”

Microsoft, like Amazon, also has an AI platform called Azure Machine Learning Studio. It similarly offers low-code products to make it easier for developers and those without AI knowledge to create their own machine-learning algorithms. And it has more advanced options for data scientists. Pre-built algorithms are also sold under the banner of Azure Cognitive Services. Microsoft is also in process of acquiring Nuance, which has a business selling natural-language understanding and speech recognition as cloud services.

Google perhaps has the flashiest AI of the three competitors, including its Duplex algorithm that can automate calling a restaurant to book a reservation, and algorithms from its sister company DeepMind that can trounce the world’s best players at the board game Go. But that AI prowess hasn’t so far given Google the momentum to pose a serious threat to Amazon’s cloud dominance.

Google does have large customers for its AI offerings, especially in hotly contested sectors like healthcare, where all three cloud giants compete in the $140 billion market. Google has a contract with the American Cancer Society to algorithmically analyze medical images. It also has a deal with Johns Hopkins University in a program that accelerates brain-scan analysis from hours to seconds.

Greylock’s Chen and Madrona’s McIlwain both mentioned Google’s ability to integrate AI into its products that are already widely used, such as its BigQuery data-warehousing service. For instance, Google sells BigQuery ML, which allows people to build algorithms on data in BigQuery using SQL requests.

Google was an early leader in AI research and development with the release of TensorFlow, a framework that allows for the easier creation of AI algorithms. Chen said that advantage might help a bit but hadn’t meaningfully changed the cloud-AI landscape for the company, especially when the competition is focused on making AI easier for tech workers who don’t know what an AI framework is.

But Google announced Vertex AI this year, its own platform that’s similar to SageMaker and Azure’s ML Studio. The service can be coupled with Google’s Vizier service, which automatically tunes algorithms to squeeze every bit of accuracy out of the data.

The rest of the industry isn’t far behind

While each cloud company has its strengths in certain AI applications, they’re not the only game in town, especially since venture capitalists have poured $4 billion into startups in the space between 2019 and 2020, according to Greylock. Its report said challengers to the three cloud giants offered 44 AI services, 15 of which had attained “unicorn” status, meaning they have valuations of more than $1 billion.

For instance, DataRobot treats these cloud-AI services as both competitors and partners, offering their customers the ability to build machine-learning algorithms and then deploy them anywhere, whether that be on tech giants’ clouds or on users’ laptops.

But when it comes to which companies are clearly differentiated as leaders in the market, Tracy Woo, a Forrester analyst, points to the big providers like AWS and GCP. She told Insider in an email that these companies had an edge because of their ability to offer economies of scale, but also invest in frameworks like SageMaker where people don’t need AI expertise to make AI tools. 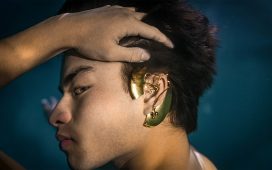 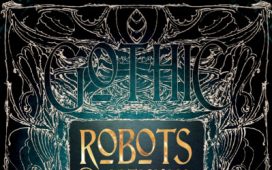 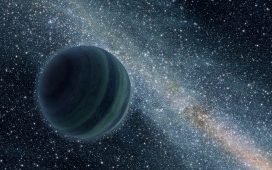 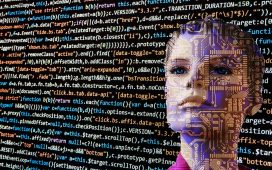 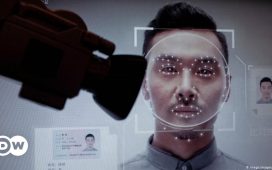 Yes, you should wait for Alder Lake—but not because of the leaks

I was drinking too much, so I swapped booze for tea – and it worked