Alec Baldwin had been practising a “cross-draw” weapons firing technique and was aiming at a camera when a prop gun went off, killing cinematographer Halyna Hutchins, according to multiple witness statements.

Authorities in Sante Fe have released statements by Rust director Joel Souza and a cameraman which said the accidental shooting happened during a scene filmed inside a mock church.

Mr Souza, 48, told investigators he was standing behind the camera next to Ms Hutchins when he heard a loud pop.

He noticed both he and Ms Hutchins were bleeding, and she fell to the ground moments later.

Meanwhile, the chief electrician on Rust, Serge Svetnoy, told how he held Ms Hutchins in his arms while she lay dying in an emotional tribute on Facebook.

“I was standing shoulder-to-shoulder with Halyna during this fatal shot that took her life and injured the director Joel Souza,” Mr Svetnoy wrote.

“I was holding her in my arms while she was dying. Her blood was on my hands.”

He said the  the accidental shooting on the film set in New Mexico on Thursday was the “fault of negligence and unprofessionalism” by those responsible for ensuring gun safety on set.

On Friday, Mr Baldwin said in a statement: “My heart is broken for her husband, their son, and all who knew and loved Halyna.”

An investigation into the shooting is continuing.

Mr Trump has repeatedly mocked Mr Baldwin in a series of inflammatory Instagram posts about Thursday’s accidental shooting of Halyna Hutchins on the set of Rust in New Mexico.

According to multiple witness accounts, Mr Baldwin was heard being given a “cold gun” shortly before firing the prop gun towards a camera, killing Ms Hutchins and wounding director Joel Souza.

Crew members and Ms Hutchins’ family have blamed the shooting on “negligence” by those responsible for ensuring gun safety on the set, and said Mr Baldwin was not to blame.

The Independent’s Arpan Rai has the full story here.

Halyna Hutchins’ father Anatoly Androsovych has blamed the death of his daughter on the “people who hold the guns”.

Speaking to The Sun from his home in the Ukraine, Mr Androsovych said the family were still processing the shock of Ms Hutchins’ death.

“I don’t hold Alec Baldwin responsible — it is the responsibility of the props people who handle the guns,” he said.

Mr Baldwin had been practising upholstering a prop gun and firing it at a camera when it went off, killing Ms Hutchins and wounding director Joel Souza.

Authorities are investigating the accidental shooting of Ms Hutchins on the set of Rust in New Mexico on Thursday.

Mr Androsovych said his daughter’s husband Matt, a Los Angeles-based lawyer, would decide whether they would pursue legal action.

The chief electrician on the set of Rust has told how he held Halyna Hutchins in his arms as she bled to death.

Serge Svetnoy said the accidental shooting on the film set in New Mexico on Thursday was the “fault of negligence and unprofessionalism” by those responsible for ensuring gun safety.

In an emotional post on Facebook, Mr Svetnoy said he had worked closely with Ms Hutchins, a 42-year-old cinematographer, on several movies.

“I was standing shoulder-to-shoulder with Halyna during this fatal shot that took her life and injured the director Joel Souza,” he wrote.

“I was holding her in my arms while she was dying. Her blood was on my hands.”

He said the producers of Rust had hired an “inexperienced armourer”.

“To save a dime sometimes, you hire people who are not fully qualified for the complicated and dangerous job, and you risk the lives of the other people who are close and your lives as well,” he wrote.

Mr Svetnoy, who worked on several film productions with Ms Hutchins, said he was devastated for her husband Matt Hutchins and for Mr Baldwin.

“He has to live with the thought that he took the life of the human because of unprofessional people.”

Alec Baldwin had been practising pointing his weapon at a camera on the set of Rust when the prop gun accidentally went off, killing Halyna Hutchins, according to new witness statements made public on Sunday night.

A witness account from director Joel Souza released by the Santa Fe Sheriff’s Department on Sunday provided fresh details into the shooting, which occurred in an onset church while Mr Baldwin was practicing a “cross-draw”.

Mr Baldwin was attempting to reach across his body to draw the handgun when he aimed it at the camera, as Ms Hutchins, 42, and Mr Souza stood behind.

Mr Souza told the sheriff’s office in an interview that he heard a loud pop and then noticed that both he and Ms Hutchins were bleeding.

Ms Hutchins fell backward and complained of feeling pain before being helped to the ground, the director said.

Mr Souza, 48, said he recalled hearing the words “cold gun” prior to the accidental shooting, which means the gun had been safety checked.

The camera was not been filming when the accidental shooting occurred, authorities said.

Filmmakers Christopher Gist and Sarah Mayberry say the safety procedures involved in using firearms on weapons on set are exacting.

Writing for The Independent, the pair who recently shot psychological crime thriller Darklands said it was important to operate with an “abundance of caution”.

“A gun with no ammunition – that is, a gun with neither a bullet nor blanks – is not dangerous.

“But even so, on set there is always an armorer, a safety officer, and a stunt coordinator: at least three people who always have an eye on the guns on set.”

A cameraman working on Rust said Alec Baldwin was careful with prop guns on set, after a shooting accident led to cinematographer Halyna Hutchins’s death.

According to court documents filed by the Santa Fe Sheriff’s Department on Sunday, and seen by The New York Times, camera operator Reid Russell confirmed the actor was “very careful” of his surroundings when rehearsing or shooting with firearms.

Russell also shared an instance when Baldwin ensured no child actors were present when he discharged a gun.

Maanya Sachdeva has more details below:

Hollywood professionals say they are baffled by the circumstances that led to cinematographer Halyna Hutchins’ death on the set of Rust – and that production crews have quickly stepped up safety measures.

Jeffrey Wright, who has worked on projects including the James Bond franchise and the upcoming movie The Batman was acting with a weapon on the set of Westworld when news broke of the fatal shooting on Thursday.

“We were all pretty shocked. And it informed what we did from that moment on,” he said in an interview at the Newport Beach Film Festival.

“I don’t recall ever being handed a weapon that was not cleared in front of me — meaning chamber open, barrel shown to me, light flashed inside the barrel to make sure that it’s cleared,” Wright said. “Clearly, that was a mismanaged set.”

Actor Ray Liotta agreed with Wright that the checks on firearms are usually extensive.

“They always — that I know of — they check it so you can see,” Liotta said. “They give it to the person you’re pointing the gun at, they do it to the producer, they show whoever is there that it doesn’t work.”

A candlelight vigil was held in California on Sunday night for 42-year-old cinematographer Halyna Hutchins after she was fatally shot on the film set of Rust.

Watch footage of the vigil here:

A candlelight vigil was held in California on Sunday night for a cinematographer who was fatally shot on the film set of Rust.Actor Alec Baldwin fired a prop gun while filming on location in New Mexico, killing 42-year-old Halyna Hutchins. He was unaware the firearm was loaded with live rounds.Ms Hutchins death has rocked the film industry and those attending her vigil this weekend exchanged tearful hugs as speakers called for heightened safety standards on sets after the tragic incident.Sign up to our breaking news email alerts here.

Alec Baldwin urged to ‘use his power for change’

A petition urging Alec Baldwin to “use his power and influence in Hollywood” to ban real guns on film sets has garnered more than 23,000 signatures.

The change.org petition was launched by filmmaker Bandar Albuliwi the day after cinematographer Halyna Hutchins was fatally shot by Baldwin on the set of Rust.

According to an affidavit seen by The New York Times, Souza said Baldwin was rehearsing a scene that involved pointing a gun “towards the camera lens” when the firearm, which he had been told did not contain live rounds, suddenly went off. 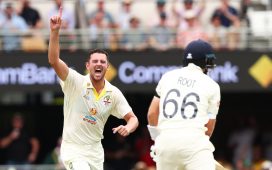 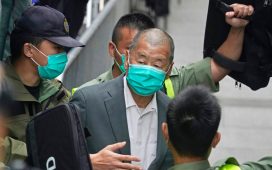