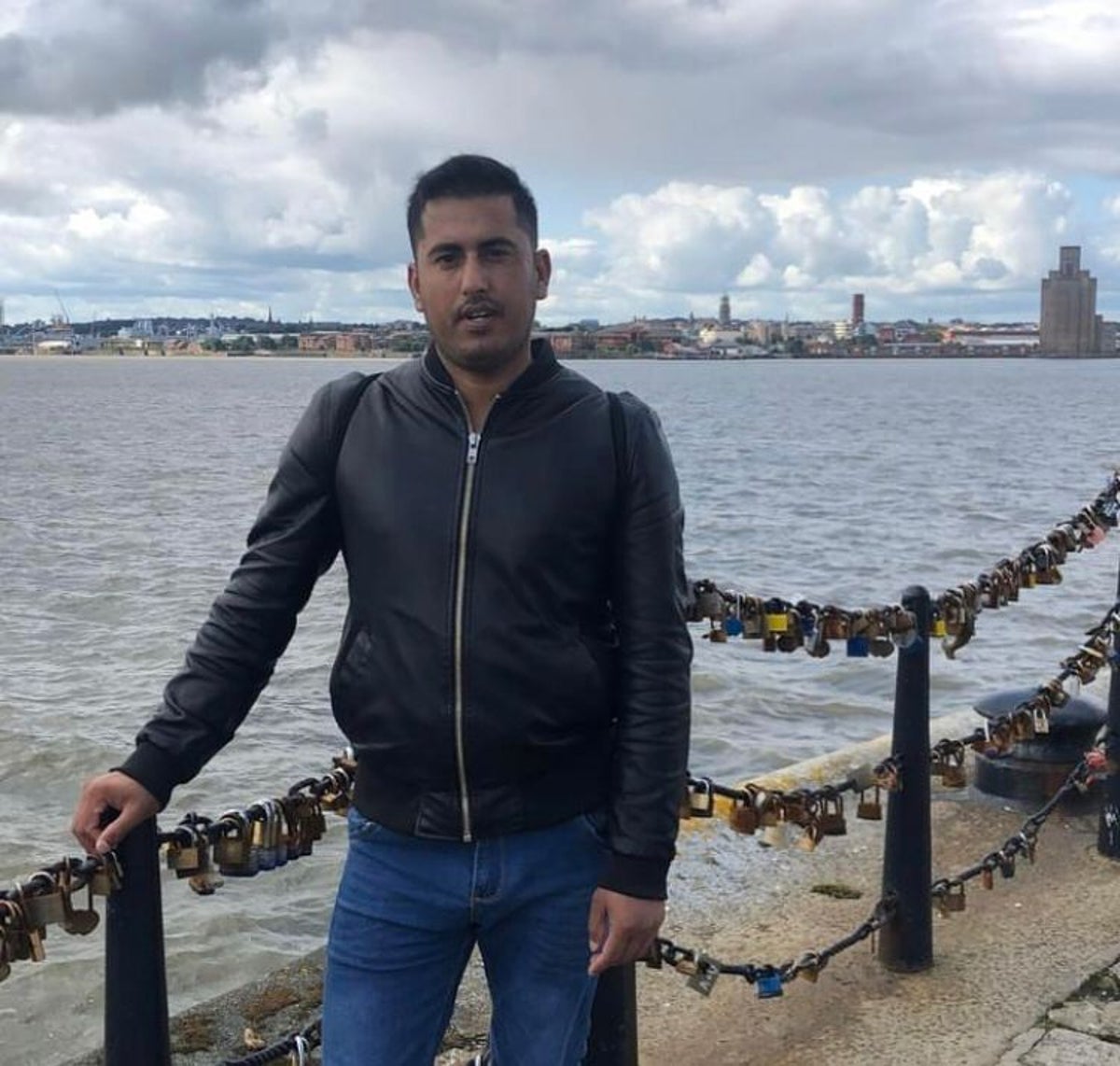 An Afghan man who came to the UK as a child says he tried to take his own life after being told he faces deportation to Rwanda under the government’s new asylum removal policy.

Hakim Khan, 32, told The Independent he would “rather die” than be sent to the east African nation after he was detained at Brook House removal centre this month and told he may be removed there.

The asylum seeker, who first arrived in the UK as a child in 2008, said: “This is not the right thing to do.

“I have hopes like other people. I want to have rights. There are no deportations to Afghanistan – why are they keeping me here?”

Mr Khan is among around 100 asylum seekers thought to have been issued letters – known as “notices of intent” – which state that their cases are being reviewed to assess whether they can be “removed elsewhere”, including Rwanda under the UK’s new migration deal with the country.

Ministers say the £120m deal, announced in April, will see thousands of people shipped 4,000 miles away to Rwanda to have their claims processed.

When he arrived in Britain in 2008, Mr Khan claimed asylum but this was refused when he turned 18 four years later, he said.

He remained in the country for several years before travelling to France and claiming asylum there, but he was returned to the UK under the Dublin Regulations, which stipulate that one should claim asylum in the first country they submitted an application.

He applied in the UK again and his claim was again refused, at which point he returned to France where he was homeless with “no home, no food, no nothing”.

He returned to the UK on 14 May 2022 and was immediately detained and served the letter informing him he could be sent to Rwanda.

It comes after Home Office figures published on Thursday revealed that one in four (24 per cent) of people arriving in the UK in small boats are from Afghanistan, indicating that a considerable number of Afghans will be targeted for removal to Rwanda.

Mr Khan said that following the fall of Kabul to the Taliban in August 2021, his other family members – apart from his elderly mother who decided to stay – have left and are making their way Europe to seek refuge.

He said that he has extended relatives and friends in the UK and that he wished to remain here where he has this network.

“I’ve been here for years. I want to enjoy my life in the UK,” he added.

Campaigners have raised alarm about access to both legal advice and mental health support for people who are told they may be subject to the Rwanda removal policy.

Emma Ginn, of Medical Justice, said the charity was worried that the notices of intent to remove people to Rwanda would result in increased levels of self-harm in detention, and warned that safeguards to protect vulnerable people were currently “failing”.

She cited a recent audit of 45 of the charity’s detained clients, which found that 87 per cent had suicidal and/or self-harm thoughts, and that segregation was routinely used in response.

“There is potential for even worse situation than during the concentrated programme of charter removal flights in 2020, characterised high levels of distress, self-harm and suicidal ideation,” she added.

There are also concerns about a lack of translation services to ensure people understand the letter and what it means.

When Mr Khan was first served the notice of intent, he sought legal advice from the Detained Duty Advice Scheme (DDAS), under which government-contracted law firms offer detainees up to 30 minutes of free legal advice.

But he said the lawyer he was appointed failed to help him: “The solicitor wasted my time. I sent the document to them by fax, but they kept saying they didn’t recieve it.”

Mr Khan’s case has now, on the referral of charity Movement for Justice, been taken on by another law firm which is challenging the Home Office’s decision to issue him the notice of intent letter.

Karen Doyle, of Movement for Justice, said: “The reality for people in the detention centres is that they are denied access to good legal advice.

“People are allocated a lawyer from the duty scheme and are therefore under the impression that they have a lawyer representing them. They speak to them over the phone, they give all details and history, and then the lawyer assesses whether they can take the case on – and often they can’t.

“But while doing this they waste time. There’s not a sense of urgency, and these asylum seekers only have seven days to put in a submission to the Home Office.”

Mr Ginn said that one of Medical Justice’s clients from the Middle East had been given a notice of intent letter but that he “did not understand“ it as it was in English and he had not been provided with a translation, raising concerns about a lack of interpreting services in detention.