Aboard a tanker in Turkey’s risky Bosporus strait 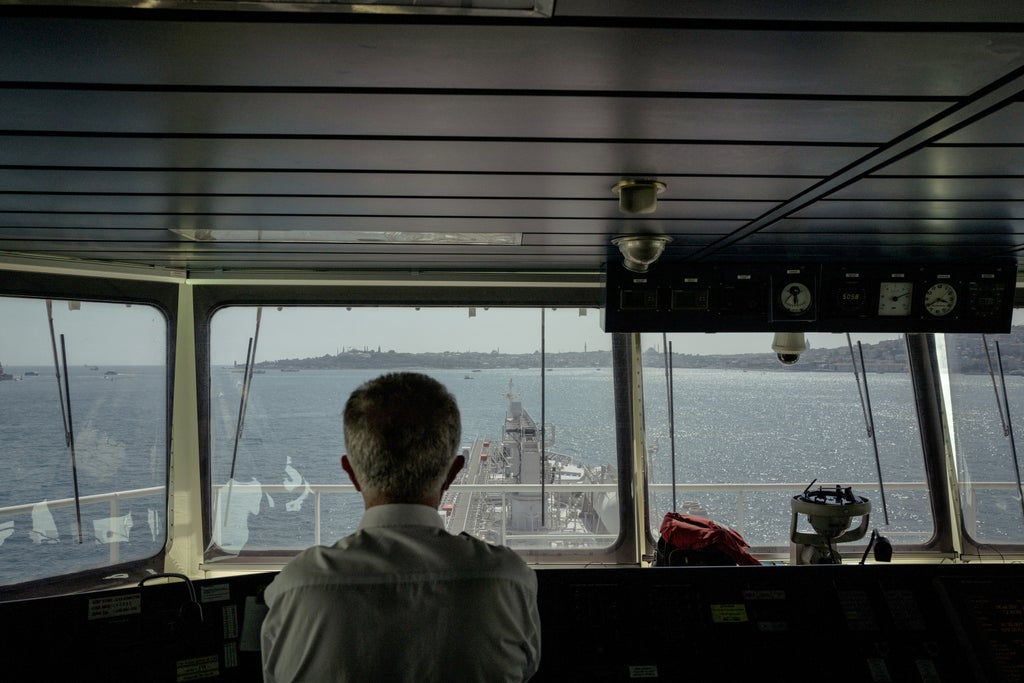 The Bosporus looked calm as the Gas Grouper, a 570ft-long tanker, slipped into the strait. But as he looked out from the navigation bridge, Ismail Akpinar, a Turkish ship pilot, saw only hazards ahead: the chaos of currents, the hairpin turn and the dozens of ferries, fishing boats and pleasure yachts clogging the journey to the other side.

The vessel was its own threat: a loaded liquid petroleum gas tanker that would cause an explosion with a blast radius miles wide, he reckoned, were its cargo to accidentally ignite.

As they navigate the sinewy Bosporus, one of the busiest and most difficult waterways in the world, ship pilots help stave off calamity, protecting the vessels and the surrounding metropolis of Istanbul, where so much of life unfolds in the waterway or along its banks.

Technological advances in recent decades on vessels and on shore have eased the pilots’ burden. But their role has remained critical as traffic through the strait has steadily increased and ships have grown larger and more unwieldy. Millions of barrels of oil flow through the strait every year, a choke point for global energy and commodities like food. And as warships transit, the waterway is a window on regional conflicts from the Black Sea to the Mediterranean, including escalating tensions between Russia and Ukraine.

Last year, global attention focused on the perils of marine passage through straits and canals when the Ever Given, a massive container ship, became stuck in the Suez Canal for six days after drifting sideways in heavy winds. And in Turkey, the safety of the Bosporus is at the centre of ongoing arguments over President Erdogan’s proposal to dig a new canal parallel to the strait, a project that has sparked considerable opposition.

The ship pilots of the Bosporus – members of an old, even ancient, order – work two days on and four days off. They pilot three or four vessels a day on the 19-mile strait. Sometimes the waterway vanishes in fog. The engines of massive tankers fail. The work can be physically taxing.

As the Gas Grouper entered the waterway, sailing southward through the strait bound for Tunisia from Ukraine, Akpinar, a slim 62-year-old who holds the title of chief pilot, scrambled up the wood-and-rope ladder on the side of the ship.

For all the recent advances in shipping, no one seems to have come up with a substitute for the ladders, which can be 10m long on larger ships. Over the years, several Bosporus ship pilots have tumbled from them during poor weather and at least one has died.

“Pilot on board,” Akpinar told the ship’s crew as he emerged on deck. “Adjust your speed, 13 knots please.”

He lit up as he noted all the waterway’s gremlins, signalling toward buoys that marked a precariously shallow stretch of the strait, which separates the land masses of Europe and Asia. Ahead of Istanbul’s Yenikoy district, he noted, the ship would be required to make an 80-degree turn, one of 12 course changes in the Bosporus. Further south, the strait narrowed to 700m, then passed the “Devil’s Current” with a speed of about 4 or 5 knots. Currents in another area could reach 7 or 8 knots: so intense that “you can’t control the vessel,” he said.

Erdogan has proposed carving an artificial 48km channel parallel to the Bosporus – the latest in a string of megaprojects he views as central to his political legacy. The president and his surrogates have argued the canal is necessary in part because the Bosporus is still over capacity, leaving the threat of catastrophic accidents ever present.

But critics have called the canal redundant, exorbitantly expensive and warned that its construction will set off a cascade of environmental damage. As busy as the Bosporus is, they point out that traffic has actually fallen over the past decade. And while minor accidents occur with some frequency, large-scale disasters that were common in earlier eras have become relatively rare.

Turkey’s ship pilots, many of whom work for the state, have been largely absent from the debate, a politically sensitive topic given the strong support the project has received from Erdogan. In interviews, half a dozen pilots who worked for the state maritime organisation or private companies declined to talk about the canal.

None, though, volunteered any enthusiasm for the project, instead emphasising the rigours of their training and their experience to implicitly argue that their presence was sufficient to keep the Bosporus safe despite the particular hazards posed by nature.

The waterway connects the Black and Marmara seas. Due to the differing elevations and salinity of the two bodies of water, the strait has two currents, a surface layer running north to south and a countercurrent beneath it. Strong seasonal winds and dense fog also menace the mariners and occasionally cause the strait to be closed to vessels.

“We cannot control nature,” said Muammar Arslanturk, a former president of the Turkish pilots syndicate. “The art of winning against things we can’t control is what we do.”

Some Turkish pilots like to trace their lineage to antiquity. They cite the mention of Tiphys, a “skillful helmsman” in the Greek epic poem “The Argonautica”, who helped the mythological hero Jason navigate through the “eddying” Bosporus on his way to recover the golden fleece.

The strait still eddies. But the threat these days is just as likely to come from the ships or their crews.

Some try to hide mechanical problems from the Turkish pilots. Sometimes, because of language barriers, crew members have difficulty communicating with pilots or even with each other. Every so often, the captain of a passing ship is drunk. The most common challenge is engine failure, which crews counter by quickly dropping anchor to arrest the ship’s drift toward the banks.

The anchor is no guarantee, and often over the years, ships have ploughed into the strait’s crowded banks. “There is no handbrake,” said Gurhan Akturk, a Turkish pilot.

For all the talk about declining traffic in the strait, there seemed to be vessels everywhere as Akpinar piloted the ship, an endless procession of commuter ferries, small fishing vessels, police launches and other pilot boats, headed to the next tanker. And along the banks of the straits were endless crowds of people, gathered on piers, in waterfront restaurants or wading into the water.

As he worked, he barely noticed Istanbul’s waterfront jewels: the medieval Rumeli Fortress, nestled in hills; the Ottoman-era waterfront mansions; the Ortakoy Mosque, a baroque vision that appears to float on the waterway.

“When I’m working I can’t see the beauty of Istanbul,” he said.

Maritime transit through the Bosporus, the Sea of Marmara and the Dardanelles Strait at the southern end of that sea is governed by the 1936 Montreux Treaty, which does not require ships to take on Turkish pilots. Signatories, including Russia, have protested against Turkey’s effort to mandate the practice. Last year, nearly 60 per cent of transiting vessels chose to take on a pilot and, Akpinar and his colleagues argue, were almost certainly safer for it.

Recently, in the autumn, four vessels including a fishing boat were involved in two separate collisions in the Bosporus, according to Turkish maritime authorities. Only one of the larger ships involved, a Russian-flagged cargo tanker, had hired a Turkish pilot, the authorities said.

When making the case for constructing Canal Istanbul, the government and its allies frequently invoke accidents on the Bosporus. “Have you heard or seen of anywhere in the world where a woman has lost her life when a ship hit her home? This happened in Istanbul,” Binali Yildirim, a former prime minister and one of Erdogan’s key allies said during a recent speech.

He appeared to be referring to an accident that occurred in 1963, when a Russian freighter crashed into a waterfront mansion in heavy fog, killing three people, including a five-year-old girl. But such accidents in recent years have become less frequent, according to pilots and others who analyse shipping in the strait.

The walls of the Pilots Association, a union, in Istanbul’s Kadikoy neighbourhood are decorated with photographs and diagrams of disasters, lest the pilots forget. One of the worst occurred in March 1994, when an oil tanker collided with a freighter, killing 29 crew members on both ships, causing a fire that burned for days and covering 60 per cent of the Bosporus in a layer of oil, according to a Turkish government summary at the time.

“Having a maritime pilot makes a huge difference,” said Yoruk Isik, who runs the Bosphorus Observer, a consultancy analysing maritime traffic in the Turkish straits. Turkey should pressure the International Maritime Organisation and like-minded countries to make the addition of pilots compulsory in the Bosporus, he said. But even in the absence of such a change, transiting through the strait, in any kind of weather, was still safer than passage through a constructed canal, he added.

As he took a tea break at the pilot’s station after the Gas Grouper was safely out of the strait, Akpinar said he and other pilots favoured keeping massive container ships and vessels with dangerous cargo out of the Bosporus. Otherwise, Istanbul – with its splendour, its long history, its millions of residents – was at risk. 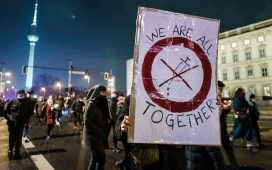 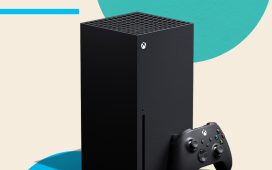 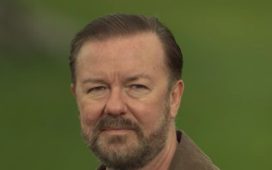