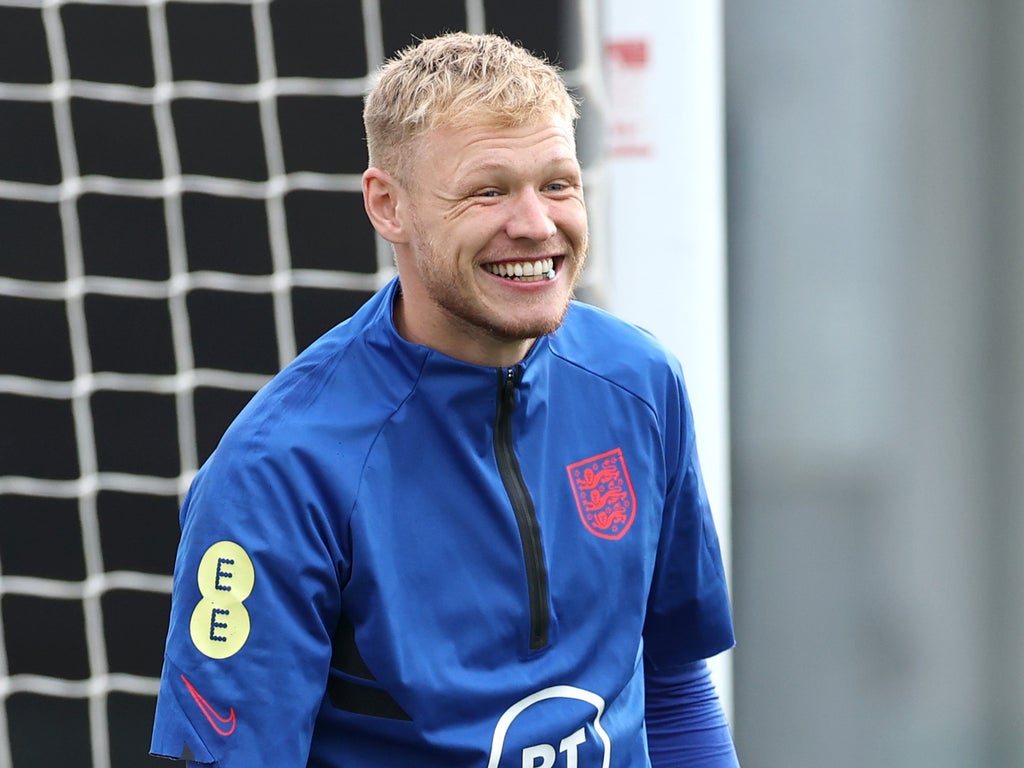 Two-and-a-half years ago, Aaron Ramsdale was on loan at bottom-of-the-league AFC Wimbledon in the third tier of English football, sent there by his old Bournemouth manager Eddie Howe as punishment for sleeping in and missing the team bus one morning. It was, quite literally, a wake-up call.

“That was the catalyst,” he recalls, as he looks back on a rapid ascent from scrapping against relegation from League One to where he now stands: as an England goalkeeper and Arsenal’s No 1.

Ramsdale arrived at the Emirates during the final days of the summer’s transfer window expecting to be second-choice behind Bernd Leno. He was, for all of one game.

“Possibly the best month I could have wished for. Not something I expected so soon,” he admits. “The only thing that would have been better was four out of four clean sheets. If that’s the only thing we are complaining about I’ll take that all day long.”

Ramsdale’s last couple of years have not been one long and unbroken upward trajectory. His back-to-back relegations with Bournemouth and Sheffield United led to some scepticism ahead of his £25m arrival. That has also changed too, though, all with the flick of a wrist.

His acrobatic stoppage-time save in the recent north London derby, to tip Lucas Moura’s shot onto the crossbar with the score at 3-1, prevented any late Tottenham surge and earned him plenty of plaudits. Another to deny Neal Maupay during the closing stages of last weekend’s 0-0 draw at Brighton protected a hard-earned point.

It’s not just the saves, though. It’s also his celebrations. Ramsdale’s habit of turning around and revelling in every goal Arsenal score with his own supporters – sometimes offering fist bump to those in the front row – has endeared him to the Emirates crowd. It’s no act, either.

“That’s why I’ve been brought to the club to be myself,” he says. “The fist bumps to the crowd – again, the striker scores, Bukayo [Saka] scores and everyone runs to Bukayo and I’m on my own, so my teammates become the fans, so I celebrate with them and sometimes my celebrations look like I’ve scored a goal myself.

“That’s just the pure emotion and hard work throughout the week to get the three points and get the win, so it all comes out and I enjoy it.”

“Everywhere I’ve gone, I’ve invested into the football club, whether it was six months on loan, or I was at Bournemouth for three years. I did numerous away days when I was a Bournemouth player when I wasn’t in the squad, just to go watch the team in the stands.

“When I’m at an individual football club I then become a supporter because if the team aren’t doing well then I’m not doing my job well and the fans aren’t happy. To make them happy I need to play well. Then we are all happy as a collective. It’s not just the players, it’s one football club.”

It is as if, just five games into his Arsenal career, Ramsdale has already shaken off the doubts around his signing, embraced his new surroundings and grown in stature.

Despite being the new kid on the block, he is more than happy to be a vocal presence with his defence – “It’s helping them to make their job easier” – and take on responsibility. Interestingly, as an outsider looking in before joining the club, that was something he knew that Arsenal lacked.

“I think it is well documented that they were missing leaders,” he says. “I don’t think we’ve now all of a sudden all turned into leaders. I just think now this team that is playing at the moment is full of confidence, we are working together, we’re earning each other’s respect and playing better football. That’s the way I see it.

“If leaders come out in different ways, Emile Smith-Rowe and Bukayo are young lads, but they lead by example with their performances. You’ve got Granit Xhaka, myself, Gabriel, Ben White who are vocal and you’ve got the captain [Pierre-Emerick Aubameyang] himself who is our talisman, our go-to man. We’re all different leaders in our own way.”

And though often diagnosed as an issue at Arsenal, it is far from the only one. ““I think the club has been in a difficult situation for a while,” Ramsdale admits. “Obviously the performances on the pitch haven’t been great; the club have been in a transition period.”

Starting from the back, the very best Arsenal sides of the modern era have had an undisputed first-choice goalkeeper. The Invincibles had Jens Lehmann, the title winners at the turn of the century had David Seaman, who Ramsdale has already enjoyed a bit of light-hearted banter with at training recently. Is he Arsenal’s next successful No 1?

Ramsdale is careful not to tread on a team-mate’s toes but he knows it is his place to lose currently and he cannot be complacent.

“I just think that the way the team is going, with a certain style of play, I have been brought in to replace him and at the moment in time I have, but that doesn’t mean that it’s my shirt for a long period of time.”

There is a long way still to go, both for Ramsdale and the Mikel Arteta project at large. Yet after that horrific start to new season, five games unbeaten with their new goalkeeper between the sticks for four has made for a more optimistic mood.

“You can sense it as soon as you walk through the doors that the club isn’t happy where they are. We want European football,” Ramsdale adds.

“It’s a young team so it’s step by step; it might have to be the Europa League and then the Champions League, but we want to get back there. You understand the pressures that brings, but it’s an enjoyable challenge, and when the highs are high they’re really high

“Around the training ground, you see the history. The players that have played here with their unique numbers, as we have with England. You’ve got the Invincibles on the walls everywhere, so you understand the history of the football club. It’s now our time for us to put some new history on the wall.” 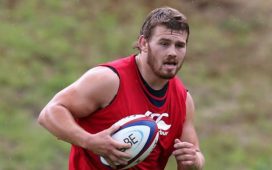 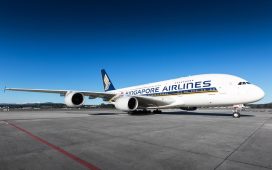 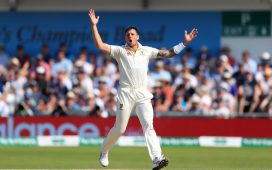 Africa’s tech ecosystem through the eyes of 3 outstanding innovators