As fascinating as drones are, the regulations around buying, importing and using drones have been a quagmire for quite some time, especially for enthusiasts. However, a lot of that has changed, in the last 8-10 months or so, when authorities placed proper regulations and requirements around drones. 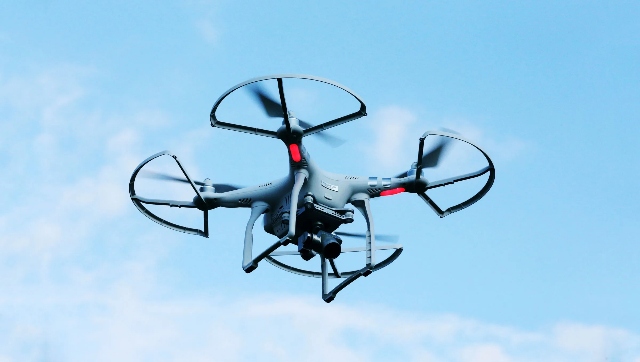 Because of national security, India needs strong players in the market who have indigenously developed drones and the technology that goes with them.

With a number of food and grocery delivery startups as well as established e-commerce players planning to get into drone based deliveries, we need strong players in the Indian market, who have developed the technology indigenously.

Therefore, we got in touch with Vipul Singh, the CEO and Co-founder, Aarav Unmanned Systems (AUS), a Bangalore-based commercial drone technology startup that is among the country’s top providers of UAV-based land surveying solutions. We tried to understand, what unique challenges does the Indian urbanscape create for startups who are looking to integrate drones into their logistics, and how viable is drone-pilots or drone flying as a career option.

A few years back, there was a lot of confusion around the regulation of drones and drone pilots in India. How has that impacted the adoption of the technology in businesses and the commercial space?
The current version of the regulations is quite comprehensive and lays down clear guidelines. We now have the framework and the means to ensure that we have safe and reliable drones and also, the way drone pilots are being certified has now been made very straightforward. Additionally, more than 90% of the country’s airspace is free to operate drones. The people who are operating the drones are now adequately trained to handle the safety and security of operations. Wherever restrictions are placed or additional permissions are needed, clear regulations and procedures have also been established now. We are in a transition phase and over the last 8 months when the new regulations and drone pilot schemes have been introduced, there has been an exponential increase in business in the drone space and the number of jobs, for both drone operators and other technical jobs. The market has grown by almost 20x and companies are seeing a 5x to 10x increase in their business. 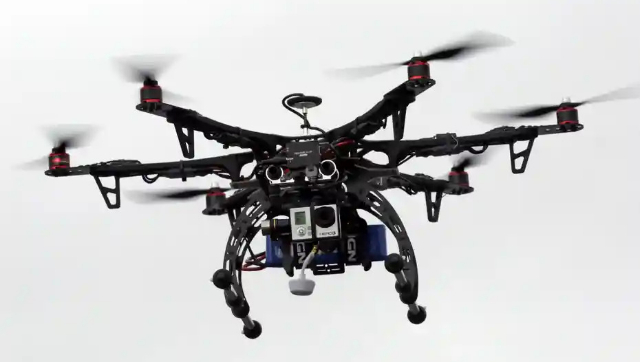 Drone usage in India is set to grow massively mainly because of the commercial sector.

The import of drones has been banned in India for a few years now. Do we have enough players in the Indian market to cater to the needs of businesses as well as tech enthusiasts?
This is not the complete picture. The import of drones that are not compliant with the regulations has been banned in India. If you want to start importing drones for commercial applications, you can initially import a few pieces and go for certifications. Once they meet the standards set by the Government agencies, and it is proven that these drones can be safely and reliably operated over the Indian population, they can be imported.

For a long time, the needs of the Indian market were being met by illegal Chinese drones, sourced on the black market. Today, we have Indian companies who are already meeting most of the commercial and enterprise requirements in the market. Additionally, Indian companies are able to do this at more affordable rates and more reliably. Earlier, there was no after-sales support, but today, Indian drones are being used for large projects like SVAMITVA, due to the availability of local support. I would say that the import of drones has been made easier since the effort needed to be extra vigilant against non-compliant drones is no longer needed. 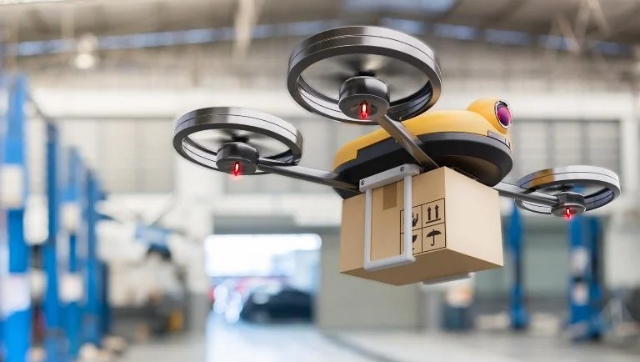 We have seen applications of drones in movies and pop culture as early as the late 2000s. But we haven’t seen most of these implementations in real life for a long time. Is that changing now?
Those kinds of applications, that were shown in movies have started to become mainstream over the last few years. During the COVID lockdowns, police forces across the country were using drones to monitor traffic and lockdown violations. This allowed them to distribute their resources in a very efficient manner.  Our security forces are also using drones to monitor traffickers, smugglers, and miscreants both inside the border as well as at the border. In India, 6.6 lakh villages are being mapped by drones. In fact, the adoption of drones has now percolated to even farmers. A good amount of India’s farmland is already being monitored by drones. They are also being used for spraying fertilizers and pesticides in a scientific manner and have become a huge help to the farmers. In the coming years, we will see drones being used as a common tool in farming. 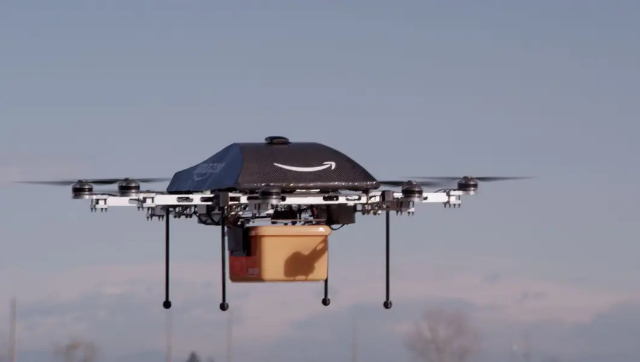 From startups to established e-commerce and delivery platforms, everyone is exploring ways to get drones into their delivery fleet.

We hear a lot of startups stating that they would begin drone-based deliveries in Indian cities. What are the challenges that these e-commerce and delivery startups face, particularly in India?
There are many use cases for drones being explored in India and people are still exploring the product-market fit. Drone-based delivery has been in discussion for the last 3-4 years but it might still be very far away for a country like India. We don’t have urban settlements that are as widely spaced as they are in developed countries.  We don’t have rural areas that are so well organized. So the product-market fit in a low-cost market like India is definitely a major challenge.

Also, drone delivery applications will be BVLOS (Beyond Visual Line of Sight). The current regulations allow only line of sight operations for drones. There are experiments and testing being done in partnership with the government, to understand the potential of BVLOS drone operations. Based on the findings and achievements, a detailed set of regulations, certification requirements, pilot training requirements, etc. will be drafted. This will allow drone delivery to become a commercial application. Afterwards, achieving the right scale in the market will be another major challenge. This will have to be solved in steps – finding the right product-market fit, setting up the appropriate infrastructure for communication and traffic management, and so on.

As of now, drones are being used to survey and map large areas for different mining and urban development purposes. There is a chatter that soon drones will be used in last-mile logistics. What other applications do we have for commercial drones?
It will most likely be hub-and-spoke logistics that will start first. India’s last-mile logistics is not easy. Getting people connected with the right technology and making it all low cost will be challenging. It is my belief that it will be the emergency use-cases, like delivery of medicines, responding to disasters etc., that will emerge first. And it will be areas where road access is not so easy that will adopt drone technologies faster.

One of the biggest hindrances around implementing drones on a large scale has to do with national security. How does AUS tackle this?
The national security concerns have been well addressed by the Government in the current set of regulations. Fly and No-fly zones have been demarcated. The certification criteria also ensure the drone’s reliability, safety, and security. The drone operators’ details now get validated during the process and this also ensures that drones are not falling into the wrong hands.

Green zones have been identified where drones can be operated without any threat to national safety. Yellow and red zones where additional permissions and approvals are required are also well defined. Not only AUS, but any organization that is operating drones have to comply with these regulations, certifications, and approvals. Since we are offering information upfront, national security is well taken care of. And these regulations will keep evolving.

As one of the early adopters of drone technology, we are well versed with these regulatory requirements, and going forward also, we will be sticking to these regulations and will be working with the regulators. 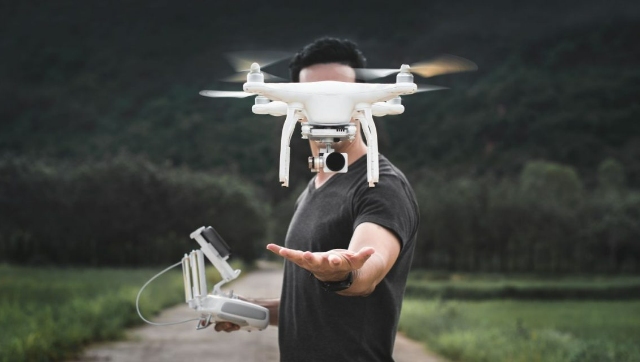 Flying drones commercially is a legitimate career option for a number of people in India now.

What is the current state of training for drone pilots? Do we need proper training centres where people can be trained, especially for commercial purposes, and if so, how many institutes do we currently have?
There is currently a huge deficit of drone pilots. In AUS alone, we will have 500+ vacancies for drone pilots in the coming year. The entire country will have 7000+ drone pilot vacancies in the coming year. In the coming 3 years, the country will have 100,000+ opportunities, with the increased focus on drone adoption in rural areas, agricultural applications etc. There is a massive disparity between the demand and supply of this specific talent pool. The Government, academia, companies like us and drone users need to put a lot more effort into disseminating the necessary knowledge and creating infrastructure and the pipeline where the youth can get trained, certified and employed. This is an opportunity for the rural youth to find careers in the tech world. All you need is a high school degree and some tech-savviness. Awareness needs to be created that this is a very dignified job that pays well. Drone pilots are earning anywhere between 20K to 50K INR per month, depending on the complexity and location of deployment. 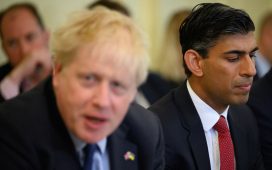 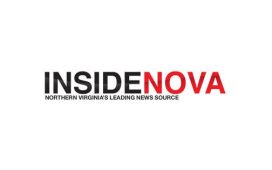