Ten years ago, on Jan. 4, 2011, the FDA Food Safety Modernization Act (FSMA) was signed into law and Congress’ mandate was clear: It’s not enough to respond to outbreaks of foodborne illness. We must prevent them from happening in the first place. FSMA was fueled by widespread concern among lawmakers, public health agencies, industry and consumers after multi-state outbreaks of foodborne disease had caused severe illnesses and deaths in thousands of people and animals in the United States.

The result was the largest overhaul of the nation’s food safety system since the Federal Food, Drug and Cosmetics Act of 1938.

A decade later, what can we say has been accomplished?

Because of FSMA, those who grow, produce, pack, hold, import and transport our food are now taking concrete steps every day to reduce the risk of contamination. The result is safer food in this country, whether that food is produced domestically or imported.

Importantly, and as a result of FSMA, there has been a bigger conversation about the importance of food safety over the past decade. This call to action has emanated from the halls of Congress to farms, food production facilities, corporate boardrooms and consumers all over the world.

We recognize that there’s still work to be done. We began with a vision of where we were headed and a willingness to change course when necessary. Truthfully, there have been challenges we didn’t anticipate. Food production is constantly evolving, as are the pathogens that can cause contamination. We’ve worked with stakeholders to ensure that the requirements don’t just look good on paper but work well in practice.

We have tried our best to be up front about what we are doing and why. In fact, transparency is a hallmark of this journey we call FSMA.

Where we started
Once FSMA became law, the U.S. Food and Drug Administration set off on a collaborative path to transform our food safety system. FDA leaders and experts sought input from farmers, manufacturers, distributors and others along the global supply chain. This unprecedented level of outreach shaped the draft versions of the FSMA requirements after hundreds of site visits, public meetings and listening sessions.

Even as we began finalizing FSMA requirements five years ago, the need for change was evident. For example, we heard from stakeholders that certain standards for agricultural water – a factor in some outbreaks tied to produce – were too complex and difficult to implement. We pushed back the compliance dates, embarked on hundreds of farm tours, and will be proposing new agricultural water requirements that we believe are both feasible and effective.

READ  And the Oscar goes to ... innovations in movie tech

With FSMA, we began doing our work differently by working more closely than ever with the food industry, with domestic and foreign regulatory counterparts, and with consumer advocacy groups. Together, we share the recognition that keeping food safe is good for public health, it’s good for business, and it’s simply the right thing to do.

FSMA progress
We have finalized the seven foundational rules outlining the risk-based preventive measures that are required of those covered by FSMA who grow, manufacture, process, pack, store and transport domestic and imported foods.

Facilities that produce human and animal food must have food safety plans that include an analysis of hazards and risk-based preventive controls to minimize or prevent these hazards. These rules include Current Good Manufacturing Practices requirements and preventive standards for animal food producers. Keeping foods safe for companion and food-producing animals is an important part of an effective food safety system.

FSMA dramatically changed regulatory oversight of produce and food importers. There are now science-based, regulatory standards under FSMA for growing, harvesting, packing and holding fruits and vegetables. Importers are responsible for verifying that their foreign suppliers are meeting the new FDA safety standards aimed at prevention and there is a program for the accreditation of third-party auditors to conduct food safety audits of foreign entities.

We have worked closely with regulatory counterparts in Canada, Mexico, Europe, China and other trading partners to strengthen safety oversight of food coming to the U.S.

Food transport companies must prevent practices during transportation that create food safety risks. Food defense is another priority, with certain registered human food facilities required to reduce their vulnerability to intentional adulteration intended to cause widespread public harm, including acts of terrorism.

We have additional enforcement authorities, such as mandatory recall when a manufacturer fails to voluntarily pull unsafe food from the market and suspension of registration to prevent a facility from selling or distributing unsafe food.

If finalized, the proposed Food Traceability Rule, published in September 2020, would establish the foundational components to harmonize the key data elements and critical tracking events needed for enhanced traceability. It would, in essence, allow the food safety system to speak the same traceability language, helping to more rapidly identify the origin of contaminated food.

Strengthening Partnerships
The agency has also leveraged our work with state leaders, industry, academia and public-private alliances to increase our impact. We have developed partnerships and worked steadily towards our vision of an integrated food safety system through collaborations such as domestic mutual reliance with state and local partners that are defined by sharing and harmonization.

The FDA has worked closely with our state partners on FSMA implementation, including providing training in the FSMA standards for both state and federal regulators so that there is consistency in approach no matter which agency is inspecting a covered farm or facility.

We have invested millions of dollars in cooperative agreement programs that support state efforts to oversee compliance with FSMA rules, specifically the preventive controls rules for human and animal food and the produce safety rule.

Going forward – A new era of modernization
Modernization is not something you do just once. At the FDA, it’s one of our guiding principles and our commitment to the public we serve. We are building on our FSMA achievements through the New Era of Smarter Food Safety initiative announced in April 2019 to create a more digital, traceable and safer food system. The New Era of Smarter Food Safety blueprint, released in July 2020, creates a 10-year roadmap for reaching this goal. 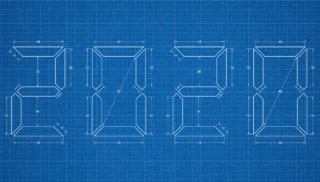 The blueprint builds on the work that FDA has done under FSMA to encourage and incentivize industry to voluntarily adopt new technologies that can lead to the end-to-end traceability that could help protect consumers from contaminated food.

Similarly, the blueprint looks at new ways of helping to ensure that industry is meeting its responsibilities under the FSMA rules. For example, the FDA will look at the feasibility of using technology to conduct remote or virtual inspections and will encourage industry’s use of sensor technology to monitor critical and preventive control points.

New Era initiatives will also enhance the use of root cause analysis in cases where preventive control measures fail. Root cause analyses can advance our understanding of how a food is contaminated and help industry bolster preventive controls. The leaders who envisioned FSMA had just this kind of continuous improvement in mind when they created a flexible regulatory framework that can adjust with advancements in science and technology.

Another priority in the New Era blueprint is the continued establishment and development of food safety cultures on farms and in food facilities all over the world. While the importance of shaping attitudes and commitments to food safety has always been central to FSMA, the New Era will advance this principle  to help ensure that every link in the global supply chain understands the importance of the steps they are taking under FSMA to protect consumers.

So have we advanced food safety, together, over the past 10 years? Definitely.

READ  India says its brains saved the world from the last colosso-crisis – cough, Y2K – proving it can become self-reliant • The Register

Have we accomplished everything we wanted to help ensure that the food you serve your family is safe? The honest answer is that we’re still working on that. We are working diligently to ensure that remaining FSMA rules and related guidance documents are finalized and implemented. But even when we have reached all of those milestones, we will always be working with industry on continuous improvement based on the latest science and the application of new technologies. Every day we will do our utmost to make our nation’s food as safe as it can be.

For 10 years, dedicated teams of FDA experts, as well as many stakeholders, have been working to implement FSMA. I don’t want to close without acknowledging their unwavering dedication to building a prevention-oriented food system that will help keep all of us safe from foodborne disease. There’s no doubt in my mind that their commitment has, and will, save lives.

With each year, the FSMA requirements become more embedded in the global food system and serve as the critical foundation to build on during our modernization journey into a New Era. In this manner, we’ll continue to work together, think outside-the-box, and create a more digital and traceable food system that further advances food safety and improves the quality of life for consumers in this country and all over the world.

About the author: Frank Yiannas is the deputy commissioner for food policy and response at the U.S. Food and Drug Administration, a position he assumed in December of 2018. He is the principal advisor to the FDA commissioner in the development and execution of policies related to food safety, including implementation of the landmark FDA Food Safety Modernization Act (FSMA). His responsibilities include food safety priorities such as outbreak response, traceback investigations, product recall activities, and supply chain innovation. Before joining the FDA, Yiannas was vice president of food safety at Walmart. Yiannas is a past president of the International Association for Food Protection (IAFP) and recipient of the 2007 NSF Lifetime Achievement Award for Leadership in Food Safety. He is also the recipient of the Collaboration Award by FDA in 2008 and he was named the 2015 Industry Professional Food Safety Hero Award by STOP Foodborne Illness, a consumer advocacy group. A microbiologist, Yiannas received a bachelor’s degree in microbiology from the University of Central Florida and a Master of Public Health degree from the University of South Florida. 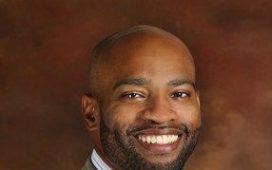 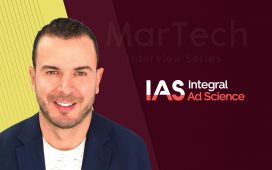 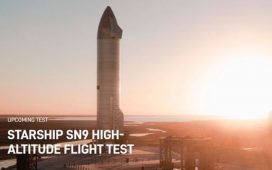 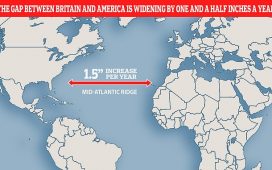 Distance between Britain and America is widening by 1.5-inch a year 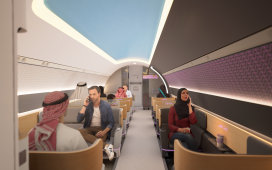 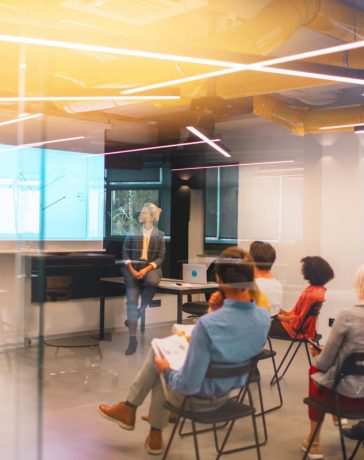