Playing video games is great because they often offer the player a truly immersive experience. So, naturally, horror video games are an essential part of the video gaming experience. The ability to deliver a scare — one that truly feels like it’s happening to you — is a special thing that only video games can do.

To help you get your blood pumping and your scare on, we’ve rounded up eight of the scariest video games on the market right now. All that’s left for you to do is hit play — if you dare.

Resident Evil 7: Biohazard marks a considerable shift in the franchise because of how it presents itself. The RE series has historically been a third-person series, but 7 shifted the action to the first-person and placed you in increasingly tight spaces; the action is more claustrophobic, but placing gameplay in the first person only furthers that terror. As a result, the game plays like a more traditional horror game before taking on more of the characteristics of the RE series.

However, the real standout feature for Biohazard is the PlayStation VR functionality. Playing the game in virtual reality becomes truly terrifying, making it so that you feel like you’re really there in the thick of it all. Plus, skewing traditional zombies for mutated humans only furthers the game’s horror. So play it … if you dare.

An open-world sequel to the first game, The Evil Within 2 focuses on detective Sebastian Castellanos who returns to the hellscape of the first game when it’s revealed his daughter may still be alive. The game balances third-person shooting action with a specific focus on survival.

As Sebastian dives deeper into this world, he’ll meet plenty of unsettling characters as an intense psychologic thriller unfolds. It’s well worth a visit, even if you haven’t played the first game, making for an outstanding sequel. It also has shades of Resident Evil, if that’s your vibe.

Ridley Scott’s Alien is one of the most iconic horror movies of all time, famously declaring, “In space, no one can hear you scream.” Playing Alien: Isolation, however, will likely cause several outbursts of sheer terror. The 2014 video game puts you in the shoes of Amanda Ripley (yes, Ellen Ripley’s daughter) as she embarks on a quest to recover the flight recorder from the ship in the original Alien. Once arriving at the space station, Amanda encounters a Xenomorph and must survive accordingly.

Favoring the tone and spirit of Ridley Scott’s original motion picture, Isolation focuses heavily on survival gameplay mechanics, putting you in a first-person perspective as you sneak through the station while avoiding, outsmarting, and defeating enemies. However, the Xenomorph can’t be beaten, requiring you to run away to survive. It’s a truly horrific feeling, giving way to true terror.

You’ve more than likely heard of The Last of Us by now, as it’s one of the most critically-acclaimed video game series of all time and a soon-to-be series on HBO staring The Mandalorian’s Pedro Pascal. The game focuses on a post-apocalyptic world that’s been overrun by some sort of mutated fungus, turning humans into eerie-looking zombies and making you unable to trust the remaining humans.

The Last of Us, a third-person action game might not be scary enough for some people who read this list, but it’s still of suspense, horror, and one of the most compellingly told stories in video game history. Plus, once you’re done with this, you can go right into The Last of Us 2 to keep the adventure going.

A first-person adventure game with horror elements, Amnesia: The Dark Descent, tells the story of Daniel, who wakes up in the empty halls of a castle with no memory of how he got there or who he is. From there, Daniel must explore the castle in search of who he is while also unraveling the castle’s mystery.

As Daniel continues throughout the castle, he runs into horrific creatures, but he can only run away or hide from them. With no options to remove the threats, the tension is particularly high. Plus, Amnesia saves a lot of its best scares for moments wherein you think you’re safe, making it, so you’re never quite safe. The title was released in 2010 by independent games publisher Frictional Games, which specializes in making horror games.

As systems engineer Isaac Clarke, it’s up to you to power up a mining ship stuck in deep space. Only, the issue is, the ship is crawling with the undead. 2008’s appropriately named Dead Space was released to near-universal praise for the tension-filled gameplay and inspired ways in which you take on the dead. Leveraging your engineering tools, you’ll dismember various creepy crawlies as they scutter about the ship. The series went on to spawn a whole trilogy.

However, it was recently announced that publisher EA Games was working on a next-gen remaster of the beloved horror classic. The new version will reportedly bring players “an improved story, characters, gameplay mechanics and more as they fight to survive a living nightmare aboard the desolate mining starship, the USG Ishimura, all while uncovering the dreadful mystery of what happened to the slaughtered crew and ship.” So if you missed out now, you might be better off waiting for the next-gen update.

Created in 2014, Five Nights at Freddy‘s is the best ongoing horror series, as the franchise has now spawned nine different sequels. While the stories change slightly from title to title, the main premise involves the player stepping into the shoes of an evening shift security guard responsible for watching over a Chuck E. Cheese-like restaurant called Freddy Fazbear’s Pizza. However, at nighttime, the animatronic animals come alive and wander the halls of the restaurant, leaving you to defend yourself from the creatures.

Gameplay for the series involves using utility tools like security cameras, lights, doors, and vents to escape. Oh, and if you get caught by one of the creatures, it typically involves a pretty horrific jump scare. Will you make it through?

In Layers of Fear, you take on the role of a painter who has been tasked with finishing his masterwork. Only, the more you work on the painting, the more your mental state begins to fail. Throughout the game, you’ll experience hallucinations about the painter’s troubled and disturbing past. The scares in Layers of Fear come from the sudden and shifting environments, how one thing is there one moment and then gone the next. You’re never quite sure what to expect next, which provides plenty of chances for scares aplenty. It’s a decidedly atypical approach to a horror video game and one that will linger with you long after. 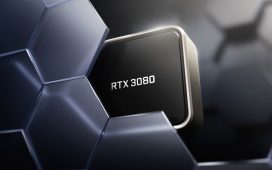 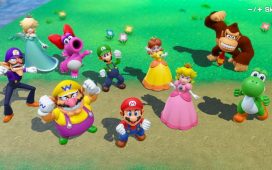 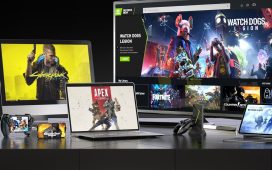 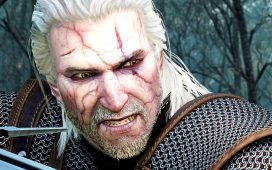 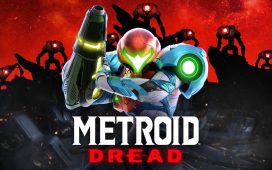