Techregister Logo
Techregister > Gaming > 6 new PSVR games are on the way: here’s everything you need to know
Gaming

6 new PSVR games are on the way: here’s everything you need to know


Sony recently announced a successor to its PSVR headset that will “enable the ultimate entertainment experience with dramatic leaps in performance and interactivity”. But that doesn’t mean it’s giving up on the aging PS4 peripheral just yet.

Sony said it was “delighted by the enthusiasm we saw from the community” around the recent announcement of its next-generation VR system, which we believe will be called PSVR 2.

The company has since revealed that six new PSVR games are on the way, with an announcement taking place every 30 minutes as part of its PS VR Spotlight event. We’ll be updating this list over the course of today to round up all the standout titles that fans of virtual reality won’t want to miss.

Remember: the PSVR is compatible with the PS5, however, you’ll need to contact Sony to get a free special adapter if you plan on using the headset with the new PlayStation console.

Attention, demon slayers! Doom 3, the first-person space shooter originally released for Windows back in 2004, is coming to PSVR. Doom 3: VR Edition will feature the original game and its expansions, Resurrection of Evil and The Lost Mission, but retooled for a VR experience.

Bethesda is helming the remaster (or “rebirth”, as it describes it), which will include a host of new gameplay mechanics designed to utilize the PSVR’s capabilities. You’ll be able to peer around corners and angle shots using the PSVR’s motion controls, avoid demons sneaking up on you from behind using the 180-degree quick-turn functionality and check in on a wrist-mounted display to track your health, armor and ammo.

Doom 3: VR Edition arrives on March 29 for PS4, and will be backwards compatible with PS5.

Song in the Smoke, a new survival game from indie developer 17-Bit, looks set to drop players into a beautiful yet deadly world full of monsters and mysteries. Among other tasks, you’ll have to hunt beasts by tracking their scent and footsteps, scavenge for food to stave off hunger and build fires to keep warm. Aren’t video games supposed to be fun?

If that wasn’t taxing enough, Song in the Smoke will have you wielding a club and bow, using the PS Move controllers, to avoid being attacked by monsters – which the developer says will feel like you’re being hit by a “train”.

On the less intense side of things, you’ll use PSVR to bring food to your real-life mouth, turn herbs into tonics by mashing them with tools, and pour them into containers. There’s no confirmed release date as yet, but Song in the Smoke is set to arrive some time in 2021.

Fracked is a fast-paced, run and gun shooter that seamlessly combines free running, skiing and climbing into a never seen before VR experience. Created from the ground up, Fracked promises to offer the gameplay depth and freedom of traditional games, but one that provides the immersion and control that’s only possible in VR. If you’ve been frustrated by the on-rails nature of some VR games in the past, then Fracked could be for you.

You’re tasked with taking down a gun-wielding, interdimensional army known as the Fracked. It’s up to you to eliminate them, but no pressure – you’re only the last hope for the world.

Developer nDreams says Fracked’s gameplay is “fast, exhilarating, and accessible” and all your character’s movements – whether you’re ziplining or base jumping – will happen seamlessly and fluidly. There’s also 1:1 grabbable cover and tactile weapon reloading.

PS5 owners will be pleased to hear that Fracked will also benefit from some enhancements when played on Sony’s next-gen console. Those who play the game on PS5 can expect improved framerates, faster load times and an increased resolution. PS4 and PS4 Pro players will have the same gameplay experience, though.

Fracked is set to launch “this summer”, which is December to February if you’re in Australia.

While many believed Sony might leave VR behind, it’s clear that the company is fully committed to bringing virtual reality to the masses. PSVR 2 will certainly be a more tempting proposition to newcomers and PS5 owners if it already has an established lineup of games at the time of release, and quality of life improvements such as only having one wire and a dedicated VR controller will only help its appeal. 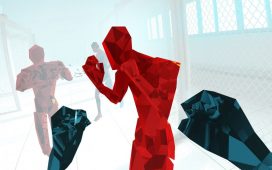 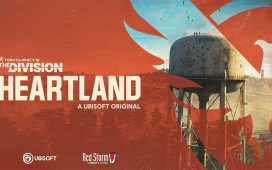 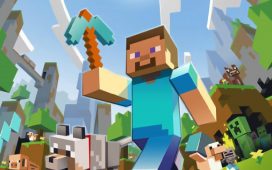 The Best Laptops for Minecraft

PS5 restock: Walmart, Best Buy just took everyone by surprise – when to get it next 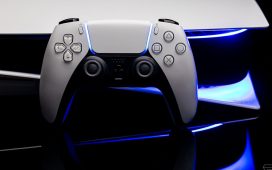 The PS5 is back in stock at Best Buy right now