Amazon Web Services (AWS) and its cybersecurity partners brought a major emphasis on Kubernetes container security in their product launches this week at the re:Invent 2021 conference.

The announcements included extending AWS security tools to cover containers, a new AWS marketplace for containerized apps that offers security benefits, and a preview of upcoming container workload protections that are under development for the Amazon Elastic Kubernetes Service (EKS).

“As the adoption of containers skyrockets, so does the need for easy-to-manage and scale container security,” AWS chief information security officer Stephen Schmidt said during re:Invent.

AWS has “heard that message,” he said, and the cloud provider is “now developing feature sets that address container environments.”

At re:Invent, Schmidt said that given the rise use and threats around containers, there’s clearly a “need for some new security tooling relevant to this particular space,” Schmidt said.

While securing traditional applications follows “very established processes, securing containers do not,” Burns told VentureBeat. “So a lot of the innovation that we will see over the next several cycles will be regarding container security.”

What follows are 10 container security announcements from Amazon Web Services and partners at re:Invent 2021.

AWS said it plans to launch new threat detection capabilities for container workloads during the first quarter of 2022.

Schmidt said the company does not typically pre-announce features that are still under development. But given the growing importance of container security, the cloud giant is making an exception in revealing its new container threat detection features, he said.

“This will provide customers intelligent threat detection for their container workloads — scanning for unusual resource deployments [and] things like malicious configuration changes, or escalation of privilege attempts,” Schmidt said.

The company expects that coverage from its Amazon Inspector for the Amazon Elastic Container Registry (ECR) will follow, he said. AWS also plans an expansion of the Amazon Detective service that will bring “its investigation analysis into the container space in the near future,” he said.

Additionally, assessment scans with Amazon Inspector are now continual and automated — taking the place of manual scans that occur only periodically, according to the company.

Using the updated Amazon Inspector will enable auto-discovery and begin a continual assessment of a customer’s ECR-based container workloads and EC2 workloads — ultimately evaluating the customer’s security posture “even as the underlying resources change,” AWS wrote in a blog post.

The support will “offer developers the improved performance, security, and availability of Amazon Elastic Container Registry for container images that they source from public registries,” AWS said in a blog.

“Images in pull-through cache repositories are automatically kept in sync with the upstream public registries, thereby eliminating the manual work of pulling images and periodically updating,” the blog said. “Pull through cache repositories provide the benefits of the built-in security capabilities in Amazon Elastic Container Registry, such as AWS PrivateLink enabling you to keep all of the network traffic private, image scanning to detect vulnerabilities, encryption with AWS Key Management Service (KMS) keys, cross-region replication, and lifecycle policies.”

“Many customers that run Kubernetes applications on AWS want to deploy them on-premises due to constraints, such as latency and data governance requirements. Also, once they have deployed the Kubernetes application, they need additional tools to govern the application through license tracking, billing, and upgrades,” AWS said in a blog post.

This ultimately enables customers to “use a single catalog to find container images regardless of where they eventually plan to deploy,” the company said.

Security is among the top benefits for customers with the AWS Marketplace for Containers Anywhere, said Gaurav Rishi, vice president of product at Kasten by Veeam, a Kubernetes data protection vendor taking part in the new marketplace. All applications listed on the marketplace are scanned for Common Vulnerabilities and Exposures (CVEs), ensuring “enhanced security” for customers, Rishi said in an email to VentureBeat.

Many of the initial vendor partners launching apps in AWS Marketplace for Containers Anywhere touted the additional built-in security capabilities of their apps:

During re:Invent 2021, a number of vendor partners also announced new integrations that can help with securing Kubernetes usage. They included: 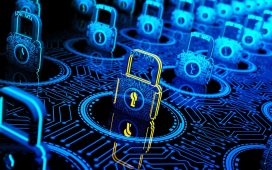 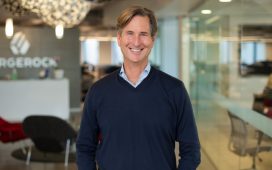 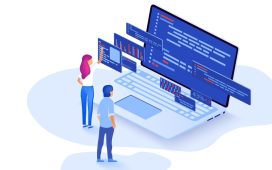 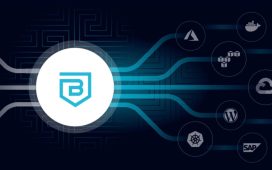