Premium pricing for top-line smartphones could be a barrier to the U.S. 5G upgrade, blogged NPD Monday. Just under 10 percent of consumers are spending over $1,000 on smartphones, while 5G phones are hitting the market at about $1,200. “Consumers are holding onto their smartphones for longer periods, which has presented a challenge for the smartphone market,” said analyst Brad Akyuz. “Manufacturers and carriers are expecting 5G to help reinvigorate the upgrade cycle, but pricing could present another hurdle.”

Consumers in the top 10 U.S. markets buy 39 percent of $1,000-plus active smartphones, NPD said, with users in New York City and Los Angeles most likely to buy four-figure devices. Consumers in the top two markets are 29 percent of the U.S. population, over-indexing in $1,000-plus phones by 25 points. The two markets should be a primary target for carriers to advance 5G networks and for phone makers to educate consumers about the benefits of 5G, the firm said.

Awareness of 5G is high and purchase potential is strong, said NPD, with 73 percent of consumers aware of the technology at the end of first half 2019 vs. 44 percent a year earlier. A third of smartphone owners report interest in buying a 5G-capable phone, it said. “Overall awareness and purchase intent reported by consumers is high, but only a small segment of the market can afford these $1,000+ devices,” noted Akyuz. That gives carriers and manufacturers a chance to focus on diversifying their 5G portfolios by introducing more affordable mid-tier 5G models to spur faster adoption rates, he said.

That strategy is underway in China, where Xiaomi took an aggressive stance on 5G Tuesday. It unveiled a sub-2,000-yuan model under its Redmi brand (starting at $284). The 6.7-inch Redmi K30 5G, with four cameras, including a 64-megapixel sensor, is based on Qualcomm’s Snapdragon 765G gaming-centric 5G chipset and is due to ship next month.

Samsung has a “commanding lead” in the nascent 5G smartphone market, with three-quarters of worldwide shipments, emailed IHS Tuesday. It shipped 3.2 million 5G smartphones in Q3, for 74 percent of the 4.3-million-unit global market. Q3 shipments more than doubled vs. 1.5 million units in Q2.

South Korea has been a 5G pioneer, launching wireless service in April. Samsung and LG, ranked second in 5G shipments in Q3 at 700,000, have offered aggressive promotions in the domestic market, said IHS.

Shipments from Chinese OEMs Xiaomi, Huawei, Lenovo, vivo, Oppo and ZTE — 700,000 units in Q2 and Q3 — were 17 percent of global 5G shipments, mostly in mid-range and low-end devices, IHS said. Oppo is using its 5G smartphone as a “brand-building” product to expand into Europe, it said.

As 5G services in China begin to roll out, 5G smartphone shipments from Chinese OEMs will start to increase significantly, said IHS. Samsung is a “non-factor” in the Chinese smartphone market, eliminating a key competitor for domestic brands, it said. 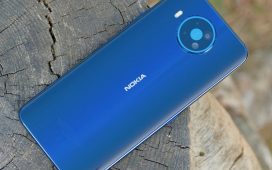 Nokia 8.3 Review: A PureView Camera in all but Name 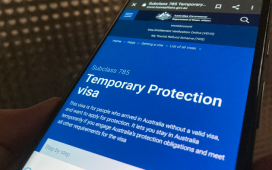 The ‘asylum seeker phone ban’ bill is before the Senate. Advocates say it will cut a critical lifeline 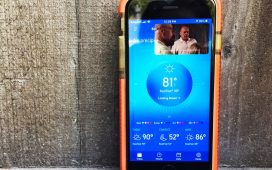 Covid: Pubs and restaurants in England to have 10pm closing times

Call for tech businesses in Artificial Intelligence (AI), Internet of Things (IoT) and beyond

How is coronavirus outreach in Framingham going? One City Councilor said so far it's a waste of funds – Enterprise News