4 Great Sets of Headphones for $100 or Less – Review Geek

Gearstd/Shutterstock.comHeadphones are a great way of listening to music at a loud volume while not disturbing anyone else. A really good set of earphones can easily cost $300 or more, but you might not want to spend that much, or even not have that much to spend. Inexpensive doesn’t necessarily mean cheap, however.

Here are four headphones, on-ear or over-ear, that sound great and won’t break the bank or your heart if they are lost or broken.

What to Look for in $100 or Less Headphones

You might ask why you should even consider a $300 pair of earphones when you can get something that sounds good for a third the price or less. Here’s a quick checklist.

The $55 Plattan 2 Bluetooth doesn’t have ANC. But it does have something none of the others offer—something URBANEARS calls a Zoundplug. It’s a 3.5mm audio jack in the left speaker that you can plug a second set of wired headphones or earphones into and share the music you are listening to with a friend. It’s a cool feature.

And, while these headphones are inexpensive, they still manage to provide 40mm drivers, a collapsible/foldable design that is useful if you want to pack them in a carry-on or backpack, and Bluetooth connectivity. If you don’t need Bluetooth, a similar set of headphones without wireless capability, the Plattan 2, costs only about $33.

The Plattan 2 Bluetooth phones are on-ear rather than over-ear. This form factor often tends to squeeze your head after a short period of listening, so if you have a large head (no insult intended), you might want to choose a pair of headphones that fit over your ears rather than resting on them.

At this price, you don’t get any kind of carry case, and these headphones charge over micro USB rather than the now common USB-C. They’re also missing an audio cable, but if you want to use these in wired mode, a cable with 3.5mm plugs on both ends cost just a few dollars from Amazon.

However, it’s what you do get that makes the Plattan 2 Bluetooth an attractive consideration. Obviously, you get wireless Bluetooth connectivity, as well as 30-hour battery life. A simple single joystick control on the right earpiece lets you skip tracks, pause music, and answer calls. A microphone in the right earpiece picks up your voice when you answer a call, and if you’re using an iPhone or Mac, you can voice control things with Siri.

At $90, the Edifier W828NB over-ear headphones are the second most expensive set in this roundup. But if you spend long periods listening to music without the ANC turned on, you might want them at the top of your list. Edifier claims an incredible 80 hours of play time with ANC turned off, and 25 hours with it turned on. When the battery runs low, a four-hour recharge extends your listening time.

In other respects, they are similar to most headphones at this price point. With a comfortable headband and earcups, these over-ear headphones feature 40mm drivers and easy-to-use controls that span both earcups with most functions on the right earcup and the ANC controls on the left one.

If you’re using these at home or in the office and don’t want to run down the battery, Edifier includes a 3.5mm audio cable as well as a standard micro USB charging cable. There’s no hard-shell carry case, but the box does contain a fabric carry bag and the earpieces fold up minimizing the amount of space needed to pack the W828NB phones.

Not all that common in many Bluetooth headphones, the Active Noise Cancellation (ANC) is still usable when the headset is connected via the included audio cable as well as when it is used in Bluetooth mode. The Edifier W828NB is available in white as well as the standard black. The downside to the W828NB is that it doesn’t include a microphone, so unfortunately you can’t make or receive phone calls while wearing it.

At about the same price as the URBANEARS Plattan 2, the over-ear Monoprice BT500ANC provide good sound and comfortable listening with up to 25 hours of play time or 28 hours of talk time when using them with your phone, and will only set you back $60. They have 40mm drivers, which is somewhat standard in all of the headphones in this roundup, and fold up nicely for easy packing in your laptop bag or carry-on luggage. And, if you’re going to travel with them, you’ll appreciate the hard-shell carry case, something of a rarity at this price point. Also included are a micro USB charging cable and an audio cable with 3.5mm plugs on each end for when you don’t want to use Bluetooth.

Controls are located over both earcups with the ANC on-off switch clearly marked with a small LED indicator light that glows when ANC is active. The micro USB port is also located on the same earcup. The opposite earcup contains a 3.5mm audio jack for those times you would rather not use Bluetooth as well as track controls to move back and forth between tracks and to raise or lower the volume. A button located between the track/volume buttons lets you turn Bluetooth on and off and accept or reject an incoming call.

The AIRTIME VIBE are the most expensive headphones in this roundup, but at $99 they’ll still get you a few pennies back from your $100 bill.

Most headphones in the $100-or-less category are pretty similar, and the AIRTIME VIBE doesn’t set a much higher bar. The phones feature ANC with a 20db reduction in ambient noise, which is significant if you are listening in a noisy environment like a plane. As with all of the phones detailed here, Bluetooth 5 gives you excellent wireless reception up to 30 feet from the source, so you can wander around your room or house and not have your music drop out.

Where the AIRTIME VIBE earns their somewhat higher price is in comfort. These are over-ear phones, so they don’t feel like you’ve stuck your head in a vise after listening. The soft-padded earcups let you listen for hours at a time, and the long battery life provides 25 hours of listening pleasure with the ANC turned on, and 30 with it turned off. Track forward and back connection controls are located on the right earcup, as are the micro USB and audio jacks. Also on the right earcup is the built-in microphone that lets you answer incoming calls. The topmost button on the right earcup turns the headphones on and off, and is also used to connect the phones with Bluetooth.

The AIRTIME VIBE headphones fold up nicely to easily fit in your carry-on or laptop bag, and are provided with a micro USB charging cable and a 3.5mm audio cable so you don’t have waste battery life if you can directly plug into the music source.

And, if you’re looking for a little variety, the AIRTIME VIBE are available in black, white, or blue. 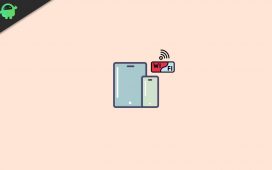 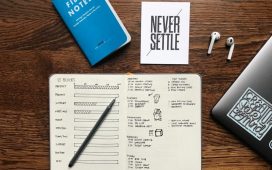 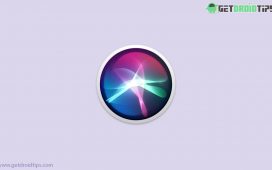 How to Make Siri Talk When Charging 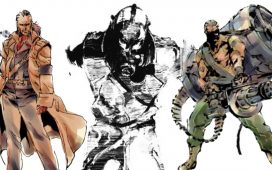 How to Beat Every Boss (Tips, Tricks, & Strategies)

Samsung Galaxy Tab A7 Teased to Launch in India Soon