2020s will not be kind to active fund managers


The start of a new decade calls for crystal ball gazing, so what do the next 10 years hold for asset managers? Probably much the same as the past 10 years. Revenues will go down, costs will go up, margins will be squeezed, and the biggest players will get bigger.

There is not much managers can do to buck the trend. They all have more or less the same business model: build assets under management by selling whatever is flavour of the month, work hard to retain clients, and charge what you can get away with.

High-charging active managers have had a rude shock in recent years as investors have finally cottoned on that their services are not worth paying for and switched to low cost passive funds and factor investing. In August, assets in passive US equity funds overtook those in active equity funds for the first time, according to Morningstar.

In Europe, assets in exchange traded funds passed $1tn last month, while in the UK, Investment Association data show passive funds (excluding ETFs) account for 17.3 per cent of total funds under management. It was 6 per cent 10 years ago. The IA is adding ETFs to its fund sectors from the beginning of this year.

The trend to passive is set to continue, although some active managers harbour hopes that the fashion for environmental, social and governance investing will favour active styles over passive. There is no real reason why it should. Incorporating ESG factors into investment decisions is about taking account of the risks to financial returns posed by these factors. The data available to do that can be used as easily by index managers as active ones. In a sign of the times, FTfm reported last week on plans by HSBC to expand its ETF offering, including the launch of eight funds using ESG metrics.

However, there is one area of responsible investment where a fund manager could stand out: by paying more attention to what clients want. One way to do that for equity managers is to use the votes they wield on behalf of investors to reflect clients’ concerns.

A report by the UK’s Association of Member Nominated Trustees last year showed that only a few fund managers had what it considers best practice public voting policies and guidelines on climate change, gender and ethnic diversity.

The report was part of a formal complaint to the Financial Conduct Authority that asset managers were preventing pension scheme trustees from acting as effective corporate stewards by refusing to accept voting instructions from clients invested in pooled funds.

The AMNT said it had been told trustees should take their business elsewhere if they do not like the policies pursued by their fund managers. The problem is, “there is nowhere else to go”, it said.

The reluctance of fund managers to use their votes to challenge company management is underlined by analysis by ShareAction, the responsible investment campaign group. Looking at votes on climate action in particular, it found large US asset managers to be the worst in this regard.

At the bottom of the rankings, Capital Group, T Rowe Price, BlackRock, JPMorgan Asset Management, Vanguard and Fidelity Investments all supported less than 10 per cent of climate proposals analysed. Even the best US groups were significantly adrift of their counterparts in the UK and Europe, which scored higher.

Fund managers, whether active or passive, can already see that offering a sustainable investment fund or something similar is good for sales. The only true test of their conviction though is how they vote. Will any of them be bold enough to make their voting stance a selling point?

Outcomes on the climate front are not solely reliant on the decisions and actions of money managers, but change will be hard if they stand in the way. The only really important question for asset managers for the coming decade, therefore, is whether they will remain part of the problem or become part of the solution. 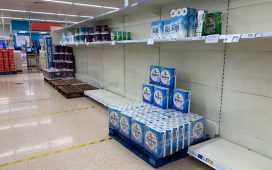 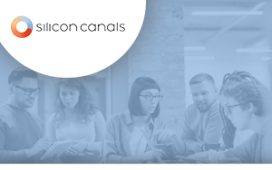 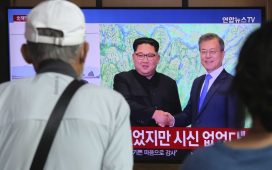 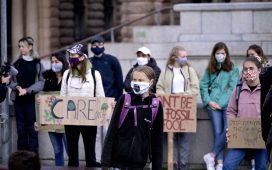 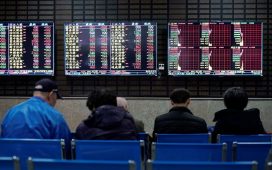