This feature was originally published in 2015 in time for the release of Spectre, the fourth Daniel Craig Bond film. To celebrate the full trailer of his next outing as Bond, No Time To Die, we present this feature again.

Poor Q. The guy dedicates his time to building some of the most impressive contraptions the world has ever seen, only for some sleazy, misogynistic know-it-all from “upstairs” to waltz in and start breaking things. Rewatching only Q’s scenes from the entire Bond franchise, I’ve come to fully understand why the Quartermaster is always so grumpy. James Bond is a dick.

There’s no doubt that, without Q, Bond would have been dead long before the credits rolled in From Russia with Love. Funny how there’s always a gadget perfectly suited to every situation Bond finds himself in – it’s almost as if they’re plot points.

But for every gadget that saves Bond’s life there’s one that didn’t make it into the field. Here’s a list of the best devices which remained stuck in Q Branch.

1. Deadly umbrella (For Your Eyes Only)

What is it? An umbrella with deadly spikes that will close on and kill the holder the moment it gets wet.

How would Bond use it? By carefully replacing Blofeld’s brolly with this more deadly alternative, and then praying for rain. “Torrential pain,” he’d joke to himself in the 1/100000 eventuality the plan works.

What is it? A piece of lint that can be placed in an item of clothing and used to track a suspect.

How would Bond use it? 007 creates a secret identity as Bames Jond, the travelling tailor who “just happened to be in the area” of Blofeld’s secret lair and wondered if he wanted a fitting. Don’t worry, he’s wearing a fake twizzly mustache to keep his real identity under wraps. Suits you, sir.

3. Deadly tea tray (The Spy Who Loved Me)

What is it? A sharp tray that hovers just above a surface (presumably using magnets), which can be fired at a great speed to decapitate some unfortunate at the other end of the table.

How would Bond use it? In the classic dinner scene where Bond and the villain enjoy the “last supper” before some diabolical scheme takes place. “It was good to ketchup” Bond quips with a raised eyebrow, after sending the tray hurling towards his foe at 100mph.

What is it? A door decorated with deadly spikes (again). Try to use the knocker and you’ll be crushed flat.

How would Bond use it? In his most elaborate plan yet, Bond goes on Come Di(n)e With Me to catch the villain. “I score you a seven out of… dead,” he probably jokes when his guest comes knocking.

What is it? A sheesha pipe that doubles as a machine gun. Not subtle. In the James Bond universe, if something’s even remotely phallic you can assume it’s some sort of gun.

How would Bond use it? The Spectre employees became increasingly suspicious about that Facebook event invite to James Bond’s ‘tea and sheesha party’. But the past few months had been tough – British intelligence was creating obstacles at every turn, the economy was in bad shape, and nobody was investing in the company’s kickstarter campaigns anymore – so a party sounded like a good way to unwind. They just hoped it wasn’t one that ended with Roger Moore quipping “Don’t be chai” and blowing them all up with a teapot.

6. Killer cast (For Your Eyes Only)

What is it? An arm cast that swings 180 degrees outward at a ferocious speed.

How would Bond use it? He’d tell the villain that he’s got a really big secret but they have to come really close so he can whisper it in their ear. Or he could just ask Jaws to kindly sign it, only for the gadget to swing into action and smash him in his metal teeth.

7. Bagpipe gun (The World Is Not Enough)

What is it? A set of bagpipes that doubles as a flamethrower.

How would Bond use it? Hardcore fans of the Bond franchise will know that Ian Fleming’s spy is half Scottish, meaning he’s got a good excuse for having bagpipes on him at all times. “Pipe down,” he’d say as he blasted his enemies away – but quietly under his breath, because he doesn’t want anyone to point out that Q made the same joke at the start of The World Is Not Enough.

What is it? It looks like a stool. You sit on it. It goes ‘boioioioioioing’ as it launches you into the air.

How would Bond use it? Probably to play a prank on M at the Christmas party, thoroughly underestimating its strength as the spring launches her through the ceiling of the MI6 headquarters.

What is it? This is actually just the classic Indian rope trick, except Q’s prototype breaks so it isn’t even as good as the real thing.

How would Bond use it? Strapped for cash and stranded in Egypt all alone after women around the world unanimously agree he’s a terrible person, James could perform for admiring crowds to raise money for a flight back to London, and maybe a kebab.

What is it? A sofa that swallows anyone who sits on it.

How would Bond use it? With its fast-acting mechanism, this could help Bond camouflage himself on the field in a flash. “When did we get a new sofa?” Blofeld would ask his henchmen, before loudly announcing the exact details of his plans for world domination while stroking his cat. “Sofa so good,” Bond whispers under his breath, scribbling down the bomb codes on a piece of paper from inside the chair.

What is it? An unassuming alarm clock that explodes like a grenade when it’s time to wake up.

How would Bond use it? Erm, a novelty grenade? A shoehorned plot device so that he can say “time flies” as he hurls it at an enemy? We can’t see any way this could be used that doesn’t end up with Bond accidentally blowing himself up.

What is it? A leg cast that’s actually an explosive rocket.

How would Bond use it? This is the spy’s ultimate leg-over: Bond would use it to infiltrate the infirmary where Blofeld is recovering after his last run-in with MI6, perhaps combining it with the arm cast for maximum effect.

What is it? The electromagnetic RPM (revolutions per minute) controller. A small amount of pressure can cause the cylinders inside a fruit machine to stutter, making it easy to line up those sweet 7s.

How would Bond use it? We imagine this is the kind of device that would help Bond out in a number of possible scenarios involving deadly machinery. But he’d probably just use it to gamble, or to unhook a bra. Typical.

What is it? An airbag that inflates inside a phone box, immobilising any poor individual who steps in to make a call.

How would Bond use it? 007 has cunningly jammed all mobile phone towers in the nearby area, meaning Blofeld can no longer order his cronies around via their usual WhatsApp group. He’ll have to find the nearest pay phone – conveniently, one was installed only two days ago just a few meters from his volcano lair, although strangely the area code is +44 07.

What is it? A parking meter that spurts out tear gas.

How would Bond use it? Retired from MI6, a jobbing 007 turns up as a traffic warden with a killer streak. Not content with handing out fines, he now unleashes a cloud of gas on those who attempt to put coins in his parking meter, cackling “That’ll teach you for stepping on the gas.”

What is it? Q’s lunch – or so he claims. Nice try Q, but we’re not falling for that classic. This thing is loaded with more than baloney.

How would Bond use it? By disguising himself as a Subway employee, and luring in Goldfinger with that delicious smell they always pump outside. “Eat dead,” he quips, handing Auric the meatball sub before making a dive over the counter. 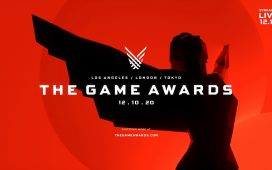 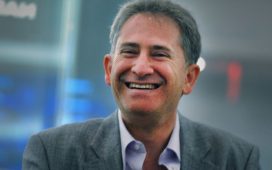 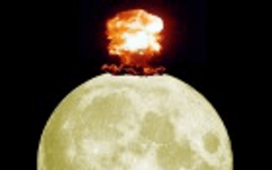 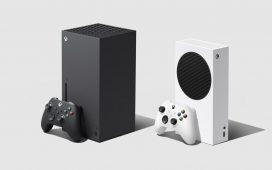 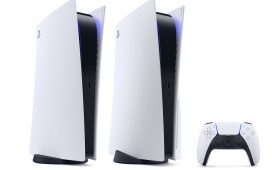 PlayStation 5: Everything you need to know about Sony’s next consoles

How to get a FREE bottle of Coca-Cola

FTW Ventures talks food tech in the era of COVID