With the success of Tata Nexon EV and the MG ZS EV, automakers are now planning to enter into the electric vehicle space in India. In this article, we bring you a list of upcoming new electric cars and SUVs to be launched in the country in the next 12 months –

The long-awaited Tesla Model 3 electric sedan will officially go on sale in the country by the end of the first quarter of fiscal year 2021-22. Bookings for the new model will commence in January 2021. Initially, Tesla cars will be introduced as CBU (Completely Built-Up) unit; however, local manufacturing could start at a later stage.

Mahindra will launch the much-awaited eKUV100 mini SUV before the end of this quarter. Unveiled at the 2020 Auto Expo, the new electric mini SUV will cost Rs 8.25 lakh (ex-showroom). The electric mini SUV features a 40 kW electric motor that produces 53bhp and 120Nm of torque. The mini SUV has a 15.9 kWh lithium-ion battery pack that offers a range of 120km on a full charge. With DC fast charger, the eKUV100 will take around 1 hour to get charged up to 80%.

The highly-anticipated XUV300 electric will be launched before the end of this year. It will be made available in two variants – Standard and Long Range – offering 200km and 350-400km range respectively. It will come with 350V powertrain, electric motors range from 60kW to 280kW and batteries up to 80kW capacities. Its exterior and interior will be slightly different from the regular ICE (Internal Combustion Engine) model.

Porsche will officially launch the all-electric Taycan in the country in the first half of 2021. Based on the Mission E concept, the Taycan is the company’s first ever all-electric vehicle. It uses two permanently excited synchornous motors (PMS) generating a combined power over 600bhp. The electric car is claimed to offer a range of 500kms on a single charge. It can achieve 0-100kmph in less than 3.5 seconds and 200kmph under 12 seconds. The battery can be charged to 80% in just 22.5 seconds. The electric car can be charged for a range of 100km using a high power charging network in just over 5 minutes.

Audi has officially announced to launch the e-Tron electric SUV in the country in 2021. The new e-Tron has two motors – a 125kW at the front and 140kW at the rear. The powertrain offers 408bhp and 664Nm of torque, and the power is delivered to wheels via AWD system. The electric SUV accelerates to 100kmph from zero in 5.5 seconds before hitting an electronically limited top speed of 200kmph. The e-tron also has a 95kWh battery pack that can be charged via regenerative braking technology.

Buoyed by excellent response for the Nexon EV, Tata Motors will launch the electric derivative of the Altroz hatchback in the country in the end of 2021. It is likely to share the powertrain with the Nexon EV. The Nexon EV comes fitted with an IP67 certified 30.2kWh battery pack with a permanent AC motor. The Altroz EV is likely to offer a range between 250km to 300km. The battery can be charged up to 80% in 60 mins using the DC fast charger and can be fully charged in 8 hours using a regular power socket.

Jaguar will launch its first electric vehicle – the I-Pace in the Indian market in 2021. Built on the bespoke EV aluminum architecture, the Jaguar I-Pace has coupe-like silhouette and the styling is inspired by the Jaguar C-X75 supercar. It comes fitted with a 90kWh Lithium-ion battery offering 400PS and 696Nm of torque. It is claimed to offer a range of 480km. The battery can be charged up to 80% from zero in just 40 minutes via DC rapid charging. It took 12.9 hours to fully charge using 7kW AC charger, while the 0-80% charge can be achieved in 10 hours. The SUV can achieve 0-100kmph in just 4.8 seconds before hitting a top speed of 200kmph.

Maruti Suzuki will finally launch the long-awaited WagonR based electric car in 2021. The electric car was planned to be launched in 2020; however, the launch has been delayed due to poor charging infrastructure. The EV is expected to offer a real-world range of 130-180km. The battery is expected to take around 1 hours to get charged up to 80%.

It will be the brand’s first pure-electric car in the Indian market. Based on the regular XC40, the upcoming Volvo XC40 Recharge features an AWD drivetrain that offers a claimed range of 400km on a single charge. It uses two 150 kW electric motors, and offers a combined output is 402 BHP and 659 Nm.. The batteries are placed under the floor, between the axles. It can be charged up to 80 percent in just 40 minutes. It accelerates to 100kmph from zero in just 4.9 seconds before hitting an electronically-limited top speed of 180kmph.

READ  What the coronavirus pandemic means for Atlanta’s transportation projects

Hyundai has revealed the 2021 Kona electric, which is expected to be launched in our market in the second half of 2021. The SUV comes with design changes such as new closed grille, new LED DRLs, new headlamps  and new rear lamps. The new model is 40mm longer than the previous model.The new Kona Electric now comes equipped with a larger 10.25-inch digital instrument console. It also gets an optional 10.25-inch touchscreen infotainment system with smartphone connectivity and Hyundai Bluelink connected car solutions. The long-range version gets a 64kWh battery that features an electric motor delivering 204PS of power and 395Nm of torque. This model accelerates to 100kmph from zero in 7.9 seconds and offers a class-leading range of 484kms on a single charge. The basic version gets a 39.2kWh battery pack, delivering 136PS and 395Nm. This model achieves 0-100kmph in 9.9 seconds and offers a range of up to 305kms. The long-range battery version provides a maximum speed of 167 km/h, with the standard-range battery version offering 155 km/h. 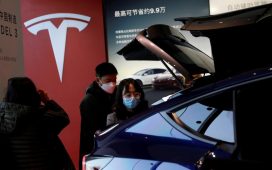 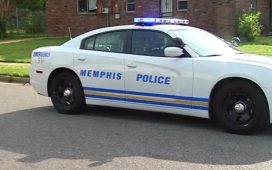 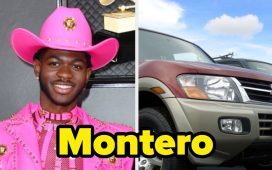 The roadblocks in the way of Apple’s driverless ambitions 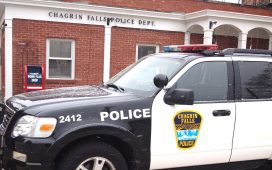