Gaming is expanding at a faster rate than ever before. The gaming industry is currently valued at $173 billion, with strong indications that it will exceed $300 billion in the next five years. A recent surge in new players, particularly on mobile platforms, is driving this boom, making gaming a more practical and easily accessible experience for the estimated 2.6 billion gamers worldwide.
However, for many people, being online for fun is no longer a primary motivation. As the saying goes, time is money, and players have certainly noticed they’re investing a lot of money in virtual experiences with little return. As a result, they’ve begun to search out ways to monetize their hobby. Visit the bitcoin code app to enjoy the best trading experience across your devices.

The rise of blockchain games has flipped the gaming industry on its head by making players, rather than developers, the primary financial decision-makers. Play-to-earn (P2E) crypto gaming is a growing trend that should not be ignored.

Blockchain gaming is still very much a niche industry when compared to traditional gaming. But that doesn’t mean it should be taken for granted. While crypto games are still a small part of the overall market, there are now hundreds of them, and they’re slowly gaining millions of players (and a whole lot of money).

So, here’s a quick rundown of the crypto gaming scene’s movers and shakers:

Axie Infinity, the undisputed king of all crypto games, has taken NFTs to new heights. This game is populated by Axies (or digital creatures), each of which is an NFT, and has been described as a Pokemon-like experience by some. Axies can be purchased, exchanged, and bred by players, and they can also be used to compete against other players or teams in seasonal tournaments. Rare Axies can be worth thousands of dollars, and a virtual plot of land recently sold for $1.5 million. What distinguishes Axie Infinity from other gaming platforms is its thriving virtual economy, where in-game tokens such as Smooth Love Potion (SLP) and Axie Infinity Shard (AXS) are seeing massive gains (of up to 5,700% as of recently).AMoreover, unlike other well-known players, Axie encourages players to cash out. Finally, AXS can be exchanged for Ether or fiat currency. The game has been particularly popular in some countries, most notably the Philippines, where players have progressed from a side hustle to a full-time occupation.

Users can buy, sell, and trade virtual land that is mapped to the real world in this blockchain-based game. UPX coins can be earned by “digital landlords” who build properties. The project has mapped the cities of San Francisco and New York and allows you to purchase virtual properties for sale that are linked to physical addresses in these cities. Recently, the game implemented a Property-to-USD beta program, allowing players to sell properties for real money.

Of course, Mythical Games was already a household name before entering the crypto gaming market with Blankos. This game lets you design your own colorful characters in the form of digital vinyl toys, with an emphasis on personalized designs. It also allows users to create and explore virtual worlds.

Lightnite, created by the same team that created the Bitcoin arcade game portal Satoshi’s Games, has been described as a Fortnite-style battle royale game. This online multiplayer game pays players in Bitcoin for shooting other players, and all microtransactions are powered by the Lightning Network. Players who master the game and shoot more opponents stand a better chance of earning more Bitcoin. Players who are shot, on the other hand, are penalized and lose Bitcoins. Lightnite’s. The Elixir Marketplace platform allows all in-game assets to be tokenized and exchanged.

This free-to-play option combines gaming and decentralized finance (DeFi) and is powered by the Binance Smart Chain. According to Mobox’s developers, this approach will bring gaming closer to GameFi as a platform where players and investors can access games from various blockchains in a single location. The main goal of the game is to allow players to freely participate in NFT games and earn money while doing so. MBOX tokens are used for transaction processing, staking, and governance to influence resource development and allocation within the MOBOX ecosystem. There are currently three games available on the platform, with two more expected to be announced soon.

CryptoKitties may have been one of the first games to draw attention to the potential of blockchain gaming, as well as the one that paved the way for the crypto-collectibles market, but it remains as popular as ever. Users can purchase, breed, and trade adorable cartoon-like cats of varying rarity. You own the cats and can freely sell them, just like in other blockchain games. CryptoKitties is a simple but addicting game. Buying and breeding new kittens, on the other hand, has somewhat high Ether costs that can be quite a strain on your wallet.

This card fighter title is very similar to Hearthstone as it is one of the many games inspired by Magic: The Gathering. Users construct decks and play cards to battle and defeat opponents. As a blockchain-based game, players can completely own the cards they win and sell or trade them whenever they want. Some cards, like physical collectible card games, are extremely rare and can be worth hundreds of thousands of dollars. There is a free-to-play option for the more hesitant players who aren’t ready to go all-in.

In this virtual world, known as the metaverse, players can own land, build, play, and participate in virtual experiences. You can monetize the experiences you create within the metaverse by owning a sandbox plot of virtual land, which can be an interesting activity for artists or small developers who aren’t comfortable with other game engines. The SAND token can be used to buy and sell all Sandbox features, and in the end, players help to constantly expand this metaverse. Players can trade NFTs, which can be used to customize their avatar’s appearance, in addition to buying and selling virtual land. Sandbox has grown in popularity to rival Minecraft and Roblox, and it places a strong emphasis on building a thriving community of users who can interact and share ideas to drive more innovation across the platform.

Splinterlands, another game reminiscent of Pokémon, Yugi-oh, and Magic, is a successful example of a card fighter experience with a player-driven economy. The game is simple and easy to learn, and all cards and packs have real value and can be freely traded. New cards can be purchased through the official in-game shop or the marketplace. Splinterlands receives frequent expansions and updates, resulting in an ever-increasing number of players. Rare cards have been released in recent updates, making the game even more appealing to players.

While technically a still-unreleased game, Illuvium has garnered a lot of attention with the promise of being the first AAA game on Ethereum. But one thing is certain: Illuvium has all the ingredients for widespread appeal. This open-world fantasy battle game is built on the Ethereum blockchain and is inhabited by Illuvials, which have varying abilities, classes, and categories. Players can capture them and use them to fight against other Illuvials. Alternatively, they can simply sell their creatures for ILV tokens. Unlike many other games, all in-game profits are returned to players and stakeholders, and players have the ability to vote on product-related decisions through the Illuvian DAO.

Players’ desire to monetize their gaming abilities and the time they spend in front of a screen is nothing new. Blockchain gaming opens up a slew of new possibilities. You will not only be able to earn money in transparent and fair virtual economies, but you will also have real ownership of game assets and will be effectively a stakeholder by contributing to a community-driven ecosystem (DAO) and getting your voice heard on game-related decisions. None of this was conceivable in old, centralized gaming, and as more crypto games arise, the greater the motivation for more people to join fairer and more transparent virtual experiences. Kindly share your thoughts and any questions you might have in the comments section below. Thanks for your time! 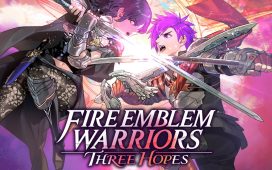